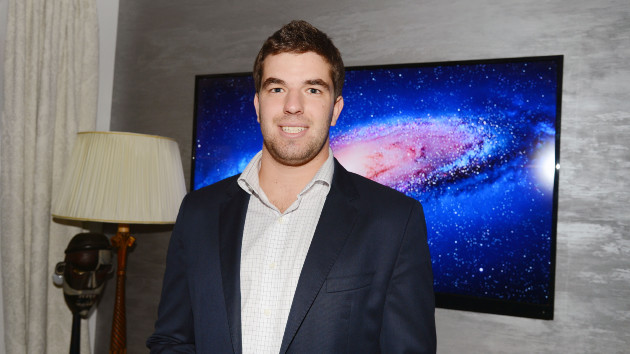 McFarland pleaded guilty to two counts of wire fraud in federal court in 2018, and admitted to using fake documents to attract investors, who put more than $26 million into his company, Fyre Media, the host of the Fyre Festival.

He has since served almost four years of a six year sentence, including two stints in solitary confinement, but is now out of prison on supervised release. He recently told ABC News’ Good Morning America that he’s had time to reflect on his wrongdoings while in prison.

“I was wrong. I messed up. And I was so driven by this desperate desire to prove people right … I think I was just so insecure that I thought the only way to prove myself to them was to succeed,” he said. “That led me down just this terrible path of bad decisions.”

“I started lying to get the money and I would literally wake up every day to a document that we called, ‘Urgent Payment Sheet.’ And it had an amount of money that I had to acquire before the bank closed that day to stop the company from going underwater,” he continued. “So I was literally day-by-day doing whatever it took. And looking back, it was so incredibly stupid.”

In 2017, word spread of a music festival that promised “an immersive” experience on a small island in the Bahamas. The event was touted by top models and social media influencers and nearly 5,000 hopeful attendees bought in.

Tickets ranged from $500 to $12,000 and customers were led to expect extravagant accommodations and celebrity chef-cooked meals. Instead, the first guests to arrive to the scheduled two week experience received boxes with plain cheese sandwiches and lodging in the form of Federal Emergency Management Agency and U.N. disaster tents.

As chaos quickly ensued on the island and the event’s failure went viral on social media, Fyre Festival co-founders McFarland and rapper Ja Rule were forced to cancel the event.

Ja Rule later apologized in a note on Twitter, writing, “I’m heartbroken at this moment. My partners and I wanted this to be an amazing event. It was NOT A SCAM … I truly apologize as this is NOT MY FAULT… but I’m taking responsibility. I’m deeply sorry to everyone who was inconvenienced by this.”

Ja Rule has never been charged in connection with the festival and he was later dismissed as a defendant in a civil lawsuit filed by attendees.

“I think the hardest thing for me is the trust that I violated and whether it was friends, investors, or employees, people gave up a lot to try to make this happen,” McFarland told GMA. “How do I call them now and look them in the eye when I let them down?”

McFarland has roughly $26 million in restitution to pay investors, vendors and concert-goers. His earnings will be garnished until it’s all been paid back.

Moving forward, McFarland is trying something new, launching a venture called “PYRT.” He said he knows he’ll need time to “slowly” win back trust, but said he’s changed and plans to keep evolving.

“I went way too fast before. So I need to do everything now in a manageable way that I can actually make work,” he said, adding, “I hope I continue to change for the next 40 years. So I’m certainly not done changing yet.”