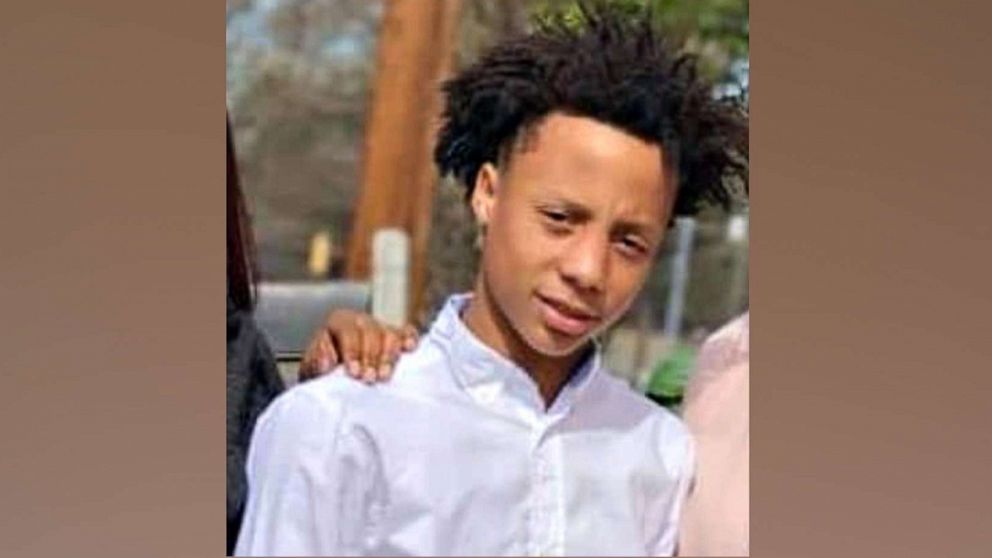 (COBB COUNTY, Ga.) — The family of a Georgia teenager who was fatally shot by police in July 2020 has filed a lawsuit against Cobb County for $150 million over the teen’s death.

“I am the proud mother of Vincent Demario Truitt,” his mother, Venethia Cook, said in a press conference on Thursday. She said after her son was shot in the back twice, he asked officers, ‘Why did you shoot me?’ To this day, his question has yet to be answered.”

Vincent Truitt, 17, was killed when police attempted to stop him and two other teenagers who were allegedly riding in a stolen vehicle, according to the Georgia Bureau of Investigations.

The driver led officers on a chase before pulling over when Vincent, a passenger in the car, and another teen allegedly exited the car and ran away, investigators said.

Vincent allegedly had a firearm in his hand when an officer fired his gun and shot him twice in the back just after an officer began giving chase, according to the Georgia Bureau of Investigation and local officials. He died the next day at a nearby hospital.

A firearm was recovered at the scene.

According to body camera footage, the officer who shot Vincent is heard saying the teen “pulled a gun on him.”

His death was classified as a homicide by a local medical examiner’s office.

“It’s time for justice and accountability in this case,” Griggs said. “There’s been a lot of conjecture about what happened in this case, and it’s time to bring it to a court to actually prove the facts of this case as we know.”

Griggs said Vincent did not “pose a threat of imminent bodily harm or death to that officer.”

According to Griggs, the suit, which was officially filed on Jan. 11, is one of the largest civil lawsuits filed in Georgia in an officer-involved shooting.

A grand jury declined to charge the officer involved in the deadly shooting in February after viewing evidence regarding the case, according to the district attorney’s office.

Following the grand jury decision, then-Cobb County Chief Tim Cox said he prays for Vincent’s family, as well as the officer who shot and killed him.

In a statement to ABC News, the county said it is aware of the lawsuit and “will vigorously defend [the county] in federal court.”

Griggs said he thinks, by pushing forward with the civil action, his team can uncover a “pattern and practice of abuse” that is occurring in Cobb County and hopes criminal action will be taken up on a federal level.

Vincent was remembered by his mother and father as a teen who loved to make people laugh, was a member of his local church, and volunteered to help the homeless.

“My son was a bright and ambitious teen,” Cook said, getting tearful and emotional as she spoke about her son. “He was a loving person. No violent history whatsoever. He loved to joke around, always making people laugh.”

Cook said that at a young age, Vincent joined a local group called the Police Athletic League, which “focuses on juvenile crime prevention through mentorships and recreational activities for youth in Cobb County,” its website said.

Teen who texted with accused Texas gunman wonders ‘What if I could change the outcome?’

Mothers mourn children killed in Texas school shooting: ‘I lost a piece of my heart’

‘Why was Paul left behind?’ Whelan family asks, after Trevor Reed freed