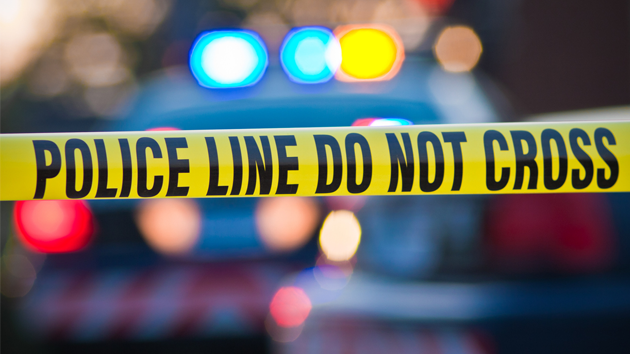 (NEW YORK) — A massive search is continuing in southern Florida for Brian Laundrie, the boyfriend of Gabby Petito, the 22-year-old woman who went missing on a cross-country trip and who authorities say is “consistent with the description” of a body discovered on Sunday in the Bridger-Teton National Forest in Wyoming.

The search for the 23-year-old Laundrie is centered around North Port, Florida, where investigators said Laundrie returned to his home on Sept. 1 without Petito but driving her 2012 Ford Transit.

Laundrie has been named by police as a “person of interest” in Petito’s disappearance. Laundrie has refused to speak to the police and has not been seen since Tuesday, Sept. 14, according to law enforcement officials.

The search for Laundrie is the latest twist in the case that has grabbed national attention as he and Petito had been traveling across the country since June, documenting the trip on social media.

Petito’s parents, who live in Long Island, New York, reported her missing on Sept. 11 after not hearing from her for two weeks.

The Grand County, Utah, Sheriff’s Office released on Monday a 911 recording from August in which a caller claimed he witnessed Brian Laundrie allegedly “slapping” Gabby Petito and chasing her up and down a sidewalk hitting her.

In the recording of the 911 call from Aug. 12, the caller, whose name was not released, claimed he saw an apparent domestic dispute unfold on Main Street in Moab between a young couple driving a white van with Florida license plates.

“We drove by, and the gentleman was slapping the girl,” the caller told a 911 dispatcher. “And then we stopped. They ran up and down the sidewalk. He proceeded to hit her, hopped in the car and drove off.”

Moab Police Department Chief Bret Edge said last week that his officers responded to the incident, located the van and pulled the couple over. Moab police released body camera footage of the traffic stop and wrote in a report that the couple, identified as Laundrie and Petito, admitted to arguing and that Petito had slapped Laundrie.

The couple also stated to police that Laundrie did not hit Petito, according to the report.

After speaking to Petito and Laundrie separately, the police allowed the couple to go on their way. Edge said “insufficient evidence existed to justify criminal charges.”

A Ford Mustang convertible authorities believe Brian Laundrie used to purportedly drive himself to the Carlton Reserve near North Port, Florida, was parked in the driveway of his family’s home when FBI agents served a search warrant there on Monday.

Laundrie’s parents told authorities he went to the nearly 25,000-acre preserve on Tuesday, which is the last time they claim they saw him, according to the family’s attorney.

The North Port, Florida, Police Department said on Monday that a search for Laundrie in the vast Carlton Reserve near North Port has been “exhausted.”

Josh Taylor, a spokesperson for the North Port Police Department, told ABC News that the two-day search of the nearly 25,000-acre swampland preserve turned up no sign of Laundrie.

Taylor said search dogs did not pick up the sent of Laundrie while searching the preserve, which authorities described as alligator infested.

“At this time, we currently believe we have exhausted all avenues in searching of the grounds there,” Taylor said in a statement. “Law enforcement agencies continue to search for Brian Laundrie.”