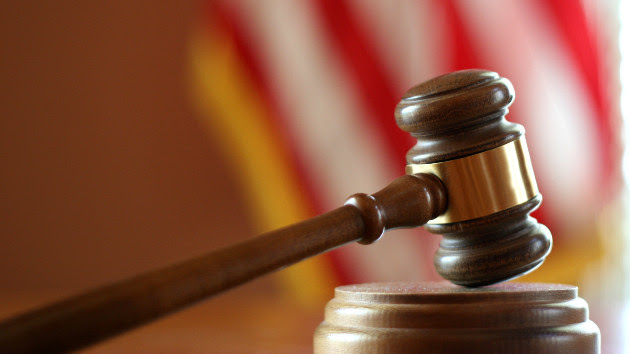 (WASHINGTON) — In federal court this week, a former Proud Boy who flipped on his alleged co-conspirators testified to increasingly violent conversations among the far-right group’s members leading up to the Jan. 6 attack on the U.S. Capitol.

Matthew Greene of Syracuse, New York, took the stand in Washington on Tuesday in the trial of the former leader of the Proud Boys and four associates who are each accused of seditious conspiracy against the United States, among other charges, as part of an alleged plot to disrupt the certification of President Joe Biden’s 2020 election victory.

Enrique Tarrio, the ex-leader, and Ethan Nordean, Joseph Biggs, Zachary Rehl and Dominic Pezzola have all pleaded not guilty.

In his testimony, Greene said that in the weeks before Jan. 6, 2021, the group had been trying to stir up violent interactions with those they believed to be part of an “antifa,” or anti-fascist, group.

After Biden defeated Donald Trump to become president, the Proud Boys were “more and more angry about the result of the election,” Greene said, “and at that point I was pretty well convinced we were heading toward a civil war.”

Assistant U.S. Attorney Erik Kenerson questioned Greene about his first interactions with the Proud Boys as he described the group’s recruiting process, including an online application and in-person vetting. Greene’s cooperation appears to be critical as prosecutors seek to prove that the Proud Boys were more than a loosely organized drinking club, as defense attorneys have argued.

Greene was arrested in April 2021 and initially pleaded not guilty to charges of conspiracy and obstruction of Congress, but he changed his plea about eight months later — after striking a deal with prosecutors.

On the stand on Tuesday, Greene acknowledged he was upset about the results of the 2020 presidential election and said he was looking for like-minded people to share his political concerns. But the events of Jan. 6 were a wakeup call, he said.

“After everything that happened [on Jan. 6], I had kind of a slap in the face,” he told the jury.

He denied having direct knowledge of alleged plans to riot by Proud Boys leadership. Defense attorneys said he was not part of group messages used by leadership and had no direct interactions with Rehl or Tarrio.

But prosecutors argued that Greene had personal interactions with several Proud Boys members on multiple occasions. Greene testified to a culture of violence and said Tarrio and Pezzola were present at times when they discussed using force on Jan. 6.

“I can’t say it was ever overtly encouraged,” Greene said. “But it was never discouraged, and when it happened, it was celebrated.”

On cross-examination, Greene acknowledged he never had a direct conversation with Biggs, Tarrio or Nordean but described a “collective expectation” among members of the group that violence was permissible.

Defense attorneys have vigorously objected to the use of Greene’s testimony at trial, saying he was making broad assumptions about the defendants based on irrelevant interactions with other members.

Multiple defendants said allowing his testimony should result in a mistrial, a motion that U.S. District Judge Timothy Kelly denied.