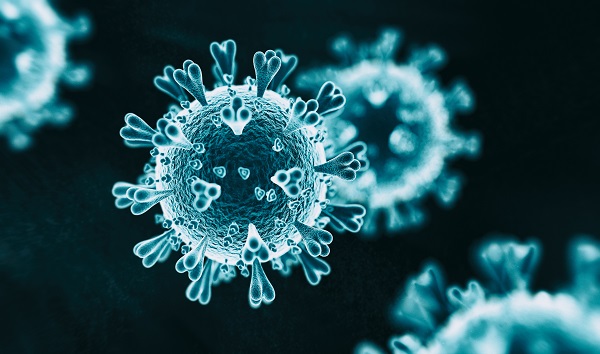 (NEW YORK) — A growing number of states are moving to drop mask mandates and COVID-19 restrictions, as Americans hope to move into a new phase of the pandemic.

The decision comes despite continued push back from the Centers for Disease Control and Prevention, which still recommend that masks be worn in areas of substantial or high transmission, and in educational settings, regardless of vaccination status.

“We’re not quite there yet,” CDC Director Dr. Rochelle Walensky told radio station WYPR this week. The CDC “still recommends that all schools encourage students to wear well-fitting masks consistently and while indoors. And that’s consistent with our guidance that still also recommends that people mask in public indoor settings in areas of high or substantial transmission.”

“We owe it to our children to make sure that they can safely stay in school. Right now, that includes masking. We’ve seen outbreaks that have occurred in communities where students were not masked in schools and had to close. … And much of our guidance is based on the amount of community transmission,” Walensky added.

Since Monday, 11 states have announced changes to their statewide masking policies, with some governors moving to end universal indoor and outdoor mask mandates, while others have lifted statewide face-covering requirements for schools:

However, unvaccinated people will still be required to wear masks indoors, the governor wrote.

Following the announcement from the state, Los Angeles County health officials said they would keep the county’s mask mandate in place for the time being.

LA County Department of Health Director Dr. Barbara Ferrer said on Tuesday that the county’s masking requirement will be lifted for outdoor “mega” events when daily hospitalizations drop below 2,500 for seven consecutive days.

In order for the indoor mask mandate to be lifted, Los Angeles County must reach a “moderate” rate of transmission for two consecutive weeks, or for the COVID-19 vaccine to be made available to children ages 6 months to 4 years for at least eight weeks. In addition, the health department said there must be no emerging reports of significantly circulating new variants that threaten vaccine efficacy.

On Monday, Gov. Ned Lamont announced that beginning Feb. 28, the state of Connecticut would no longer require masking in schools and child care facilities.

“I think this is the right decision at the right time,” Lamont added. “We now know how to live with this, I think it’s going to be milder and less impactful.”

Earlier this week, Delaware announced it intends to lift the state’s universal mask mandate on Feb. 11.

“We’re in a much better place than we were several weeks ago in the middle of the Omicron surge of COVID-19 cases and hospitalizations,” Gov. John Carney said in a statement on Monday. “I want to be clear about this point — COVID is still circulating in our communities. And the virus still poses a risk of serious illness, particularly among those who are not up to date on their vaccinations. But we have the tools to keep ourselves and each other safe.”

The governor has also temporarily extended the mask requirement for K-12 schools and child care facilities in an effort to give parents more time to get their children vaccinated. However, that requirement is expected to expire March 31.

Illinois is expected to lift its indoor mask mandate by the end of the month, Gov. J.B. Pritzker announced this week.

“We are on track to come out on the other side of this latest COVID storm in better shape than even the doctors expected,” Pritzker said. “If these trends continue, and we expect them to, then on Monday, Feb. 28, we will lift the indoor mask requirement for the state of Illinois.”

Pritzker stressed it will be important for local jurisdictions to implement mask requirements, if they feel that is right for their COVID-19 community.

Health officials said that masks are still “highly recommended,” and face coverings will still be required on public transportation, and in congregant and long-term care facilities.

Chicago announced on Wednesday that should the city’s COVID-19 metrics continue to decline, the city will plan to lift COVID-19 restrictions at the end of the month.

At this time, the state’s mask requirement for schools remains embroiled in a court battle, after a temporary restraining order was placed on the mandate last week. However, the governor has vowed to keep fighting for the mandate.

The governor cited the state’s high vaccination rate as part of the reasoning behind his decision. He added that Massachusetts ranks second in the nation for the highest share of vaccinated children.

Earlier this week, Boston Mayor Michelle Wu said that at this time, the city’s mask mandate, which also includes schools, will remain in place.

“The mask mandate, we are not yet there in terms of pulling,” Wu said. “We had lots of conversations about other policies in place.”

Nevada Gov. Steve Sisolak announced on Thursday that he would lift both the state’s universal and school mask mandates, effective immediately.

Masks will still be required in certain indoor settings, including hospitals, clinics and long-term care facilities, as well as in on public and school buses.

Following the governor’s announcement, the Clark County School District, which includes Las Vegas, announced that by the end of the day on Thursday, masks would no longer be required on district campuses.

“We can responsibly take this step given the continuing drop in new cases and hospitalizations from omicron,” said Murphy. “Our reality is dramatically different than a lot of other states right now.”

New Jersey’s mask guidance for schools and child care facilities will be updated in the coming week “to help school districts make the best decisions as to whether and when masks should be worn,” according to Murphy.

On Thursday, New York lifted its universal indoor mask mandate. The mandate will remain in effect at homeless and domestic violence shelters, state-regulated health care centers, state-run nursing homes, correctional facilities and in schools and day cares. In addition, mask use will remain in effect on public transportation, including buses, trains, subways and planes.

“This is what we’ve been waiting for, tremendous progress after two long years,” Gov. Kathy Hochul said during a press conference on Tuesday. “We had a mask or vax requirement for businesses … and at this time we say it is the right decision to lift this mandate.”

At this time, the state’s indoor masking requirement for schools will remain in place. After the February break, officials will make an assessment on whether it is safe for the mandate in schools to be rescinded, Hochul said.

The Oregon Health Authority announced this week it would remove the state’s general mask requirements for indoor public places by March 31, at the latest.

“We should see COVID-19 hospitalizations drop by the end of March because so many Oregonians are wearing masks and taking other steps to protect themselves and each other, such as getting a booster shot or vaccinating their children. At that point, it will be safer to lift mask requirements,” Dr. Dean Sidelinger, health officer and state epidemiologist, said in a statement on Monday.

Mask requirements for schools will also be lifted on March 31.

Rhode Island Gov. Dan McKee announced this week that its mask or proof of vaccination protocol for certain indoor public settings would be lifted Feb. 11.

“We know that as a state and a country, we have to learn how to manage COVID, as we move from a pandemic to an endemic stage of the virus,” McKee said during a press conference on Wednesday.

The state’s school mask mandate will be extended until March 4, when school masking policies will be decided by individual school districts.

“We can safely make this shift, which will also put us in line with other New England states,” McKee added. “Over the next several weeks, before this change takes effect, we expect that numbers will continue to decline, putting us in a strong position to transition to local decision-making on school masks.”

McKee said that officials want to give school districts additional time for parents to get their children vaccinated.

However, at this time, the state’s indoor masking mandate will remain in effect.

“Today is not the day to lift all of the masking requirements,” Inslee said during a press conference. “It will be, and when we can do this, it is no longer a matter of ‘if,’ it is a question of ‘when."”

The governor said he expects to have further guidance on indoor mask mandates next week.

Avalanche warnings issued in 4 states as snow wallops western US