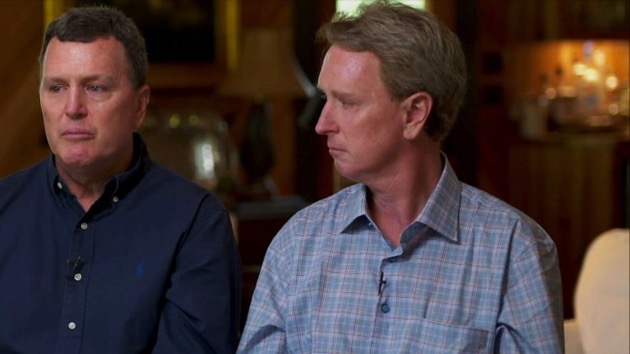 (VARNVILLE, S.C.) — More than two months after his wife and son were murdered, a prominent South Carolina attorney was shot on the side of the road Saturday, police and family representatives said.

Alex Murdaugh, 53, called 911 Saturday afternoon to report being shot near Varnville, South Carolina, in Hampton County, according to the South Carolina Law Enforcement Division (SLED). Murdaugh said he was changing a tire when a car passed him, turned around and then someone in the car shot him, a family spokesperson told ABC News.

Murdaugh was airlifted to Memorial Health University Medical Center in Savannah, Georgia, for treatment of a superficial gunshot wound to the head, according to SLED. He was in stable condition at the hospital Sunday afternoon, the family spokesperson said.

On June 7, Murdaugh’s wife, Margaret “Maggie” Branstetter Murdaugh, 52, and his son, Paul Terry Murdaugh, 22, were found dead with multiple gunshot wounds near the family’s hunting lodge on their property in Colleton County, South Carolina. No arrests have been made in connection with their killings.

“The Murdaugh family has suffered through more than any one family could ever imagine. We expect Alex to recover and ask for your privacy while he recovers,” the Murdaugh family spokesperson said in a statement shared with ABC News.

The family has been a fixture in the South Carolina legal community for over 80 years. Three generations of Murdaughs have served as the elected solicitor in the 14th Judicial Circuit.

Murdaugh works at the Hampton-based law firm that was established by his grandfather 100 years ago and serves as a volunteer prosecutor.

SLED is leading the investigations into Saturday’s incident and the June murders. The agency said it has spent the entire weekend collecting evidence, interviewing witnesses and following up on leads into Murdaugh’s shooting.

His Mercedes SUV was impounded, according to SLED. As of Sunday evening, no arrests have been made.

Margaret and Paul Murdaugh’s murders have devastated the family hard and left them seeking answers.

“It’s just hard to imagine somebody can be so sick as to do this, intentionally kill people like that,” Randy Murdaugh, Alex’s brother, told ABC News in June.

Paul Murdaugh was a student at the University of South Carolina and awaiting trial on a charge of boating under the influence causing death in a 2019 crash that killed 19-year-old Mallory Beach, whose body was found a week later. The Murdaugh family told ABC News that Paul received threats from strangers, but they were never believed to be “credible.”

SLED is asking anyone with information about Saturday’s shooting to contact Crimestoppers of the Lowcountry at 843-554-1111.