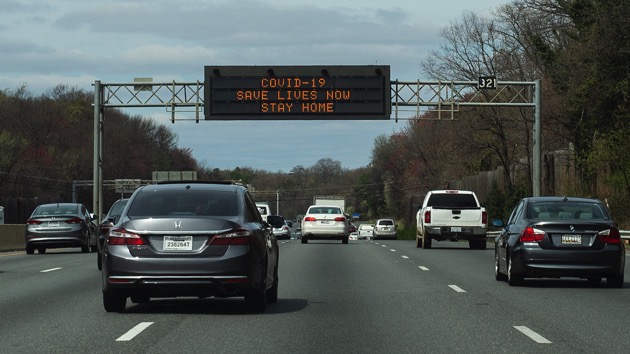 (NEW YORK) — Traffic deaths surged during the pandemic, despite less cars on the road. A new study from AAA found an increase in reckless drivers on the roads may be to blame.

The study, conducted in fall of 2020, found an estimated 4% of drivers in the United States reported they increased their driving during the pandemic. Those drivers tended to be younger and mostly male, AAA said.

That group also reported to engage in risky driving behaviors such as distracted driving, speeding, aggressive driving, substance-impaired driving and not using seatbelts, the report found.

“Our research finds that higher-risk motorists accounted for a greater share of drivers during the pandemic than before it,” Dr. David Yang, executive director of the AAA Foundation for Traffic Safety, said in a release. “Safety-minded individuals drove less, while many who increased their driving tended to engage in riskier behaviors behind the wheel.”

The average daily number of driving trips made by adults in the U.S. decreased by 42% during the early months of the pandemic, AAA said.

Despite the decrease in traffic, approximately 13% more people died on U.S. roads in the second half of 2020 compared to the same time the year prior, according to the National Highway Traffic Safety Administration (NHTSA).

AAA’s survey results were part of the organization’s annual Traffic Safety Culture index. Researchers questioned almost 3,000 drivers between October and November of 2020 about their driving habits in the past 30 days.

“About 4% of the population reported they were actually driving more because of the pandemic, and the emphasis of our study here is that group, although small, is driving more and that they appeared to be far higher risk drivers, both in terms of their characteristics and in terms of their own self-reported behaviors behind the wheel,” Brian Tefft, senior researcher at the AAA Foundation for Traffic Safety, said in an interview with ABC News.

Math test scores across the nation plummet since start of pandemic

Is the COVID pandemic really ‘over’ like Biden says? Experts say no