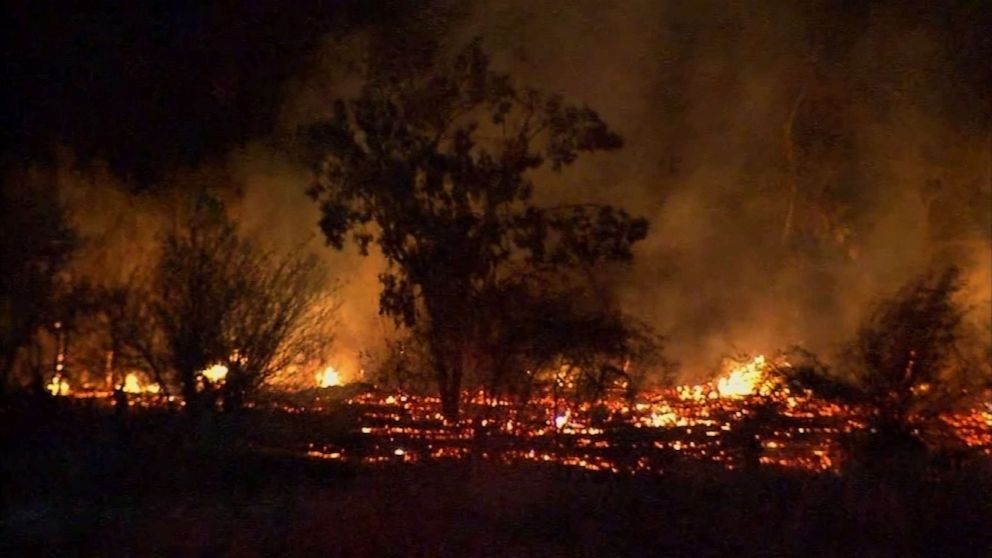 (NEW YORK) — After a weekend of cold temperatures, snowstorms and heavy winds on the East Coast, a new storm is making its way to the South.

Southern states such as Texas, Oklahoma and Louisiana should be on alert for severe thunderstorms where damaging winds, hail and a few tornadoes will be possible. This storm will move across the South in the next few days with heavy rain causing a threat for more severe weather.

Meanwhile in the West, several storms will continue to move through the area with heavy rains ranging from Washington to Northern California. The San Francisco bay area may get much-needed rain Monday night into Tuesday morning.

In the Pacific Northwest, heavy snow is expected in parts of the Washington area and a few inches coming to the Sierra Nevada Mountains.

Ahead of the western storms, wildfires are being fueled by the wind and dry weather from Southern California to Texas.

More than 100 firefighters were battling a brush fire Sunday night from the air and the ground in the Hansen Dam Recreation Area, near Pacoima, California.. The fire escalated to “Major Emergency” status within the 10 p.m. hour.

Just after 11 p.m., crews appeared to get the upper hand with “a well coordinated air attack combined with a relentless ground-based offense with firefighting hand lines and hand tools,” according to the Los Angeles Fire Department.

Firefighters contained the Hansen Fire to four acres, according to officials. Crews will continue working the fire’s perimeter with hose lines, hand tools, and heavy equipment throughout the night to extinguish hot spots.

There are no structures threatened at this time, and no injuries have been reported. Officials said there are currently no evacuations.

The cause of the fire is under investigation.