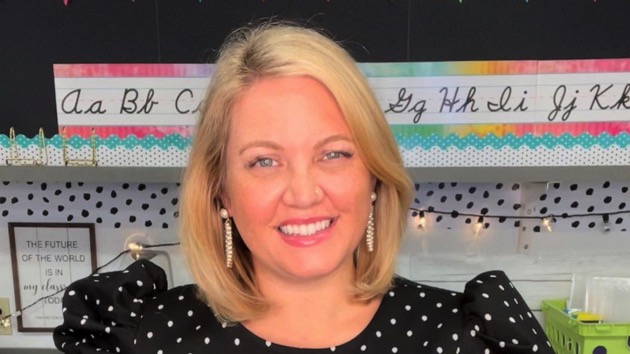 (NEW YORK) — Teachers in Florida and around the country are speaking out as the state’s “Don’t Say Gay” bill heads to the governor’s desk.

The controversial bill bans discussion “on sexual orientation or gender identity” in Florida’s K-3 classrooms. Officially known as the “Parental Rights in Education” bill (HB 1557), it is scheduled to go into effect on July 1, if Gov. Ron DeSantis, who has indicated his support for the bill, signs it into state law.

One of the stipulations in HB 1557 states that “classroom instruction by school personnel or third parties on sexual orientation or gender identity may not occur in kindergarten through grade 3 or in a manner that is not age appropriate or developmentally appropriate for students in accordance with state standards.”

House Rep. Joe Harding, who sponsored the bill in the Florida House, spoke to ABC News after the bill passed.

High school students, especially LGBTQ youth have been protesting the bill, saying the pending legislation will be harmful to students who are already at higher risk for abuse and mental health conditions.

Some teachers and their unions are also calling out the bill, saying it’s politicizing the classroom and warning that the legislation could lead to bullying.

Karla Hernández-Mats, the president of United Teachers of Dade, a local union that represents 30,000 employees of Miami-Dade County Public Schools, told GMA she has heard from both teachers and parents about the “Parental Rights in Education” bill.

“Teachers find it ludicrous that we’re being used as scapegoats because, first of all, teachers don’t teach children to be gay. That’s absurd,” Hernández-Mats said, pointing out that sexual education is not a part of the existing K-3 curriculum in the state.

She went on, “We know that the curriculum for every school in Florida is set by the Florida Department of Education. So we understand that this is an attack on teachers, an attack on students, an attack on their freedom. Despite these attacks, we’re gonna keep on pushing forward.”

Hernández-Mats said parents are being misled about what is actually being taught in K-3 classrooms. She also argued that teachers should have the ability to guide students when new ideas and concepts are brought up by students themselves.

“The reality is that if there is a child that has something that they want to say that maybe they only feel safe in our school district, then we should be able as educators not only to embrace them and listen to what it is that they’re saying but provide them the resources also so that they can get the help that they need,” said Hernández-Mats, who has also worked as a middle school special education science teacher.

Some educators are also voicing their support for LGBTQ students and speaking out on social media and using the hashtags #dontsaygay and #dontsaygaybill on platforms like TikTok and Twitter.

Meghan Mayer, a public school teacher in North Port, Florida, shared a TikTok video with her perspective, saying in part, “Public education in America is under attack … we’re now going after our most vulnerable student population, or LGBTQ+ students. These students already face a higher rate of bullying and are at higher risk of suicide as compared to their straight cisgender peers.”

“As a Florida educator and honestly as a parent in Florida, I’m feeling pretty helpless,” Mayer said, before telling viewers to vote with their wallets and boycott corporations that have donated to lawmakers behind the “Don’t Say Gay” bill.

The middle school reading teacher, who is considering switching to the elementary level, told “GMA” she is concerned about its real-world impact on students, some of whom have come to her asking for more information about the bill.

“It’s something that definitely concerns me, making that transition from middle to elementary because I want all of my students to feel loved and to feel seen and heard and valued and it’s gonna be really difficult to tell a student, ‘No, you can’t talk about your family. No, we’re not allowed to do that,"” she said. “I mean, how do you say that to a kindergartener or a first grader?”

Mayer said she read the text of the bill and found its language “so vague.”

“I just feel like it is really going to open the door for just a lot of discrimination. I think it’s going to do a lot of harm to a lot of our students,” she said.

Mayer also said it’s not just students who might be affected but her fellow teachers as well.

“When teachers have been through so much already, just like a lot of other essential workers have, a bill like this just continues to invalidate us as educators, like we don’t know what’s best,” she said. “I think that’s the thing that bothers me the most is that, ‘Do you think so little of us that you really think that we don’t know what’s appropriate and what’s not appropriate to talk about with students in our classroom?’ Once again, we’re just not respected as educators.”

“This bill worries me for educators too, who are LGBTQ,” Mayer continued. “Because does that mean that they can’t have a picture of them and their spouse on their desk for fear that somebody might ask about it and then that’s going to lead to some sort of conversation? I feel like it specifically targets LGBTQ students and teachers.”

“Leaders in Florida are prioritizing hateful bills that hurt some of the students most in need,” he said in a statement. “The Department of Education has made clear that all schools receiving federal funding must follow federal civil rights law, including Title IX’s protections against discrimination based on sexual orientation and gender identity. We stand with our LGBTQ+ students in Florida and across the country, and urge Florida leaders to make sure all their students are protected and supported.”

Jen Shah’s scam victims speak out: ‘You get to the point where there’s no way out’