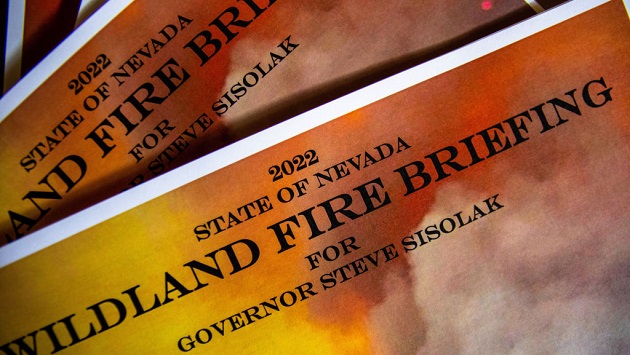 (NEW YORK) — Fire danger is back down to critical after reaching extreme levels on Monday, but red flag warnings continue across six states in the Southwest, from Nevada to Oklahoma.

More than a dozen wildfires continued to burn on Tuesday across the region. The San Rafael fire in Arizona is 12% contained over 11,000 acres. The Hermit Creek and Calf Canyon fires are 39% contained over 200,000 acres.

Above-normal heat has also spread into the Midwest, with temperatures soaring 20 degrees or more above average on Tuesday.

Numerous record highs were reported across parts of the Plains and Midwest on Monday. Abilene, Texas, reached 103 degrees, a record high for the third day in a row.

Temperatures were in the 90s from San Antonio to Kansas City on Monday. More record heat was expected Tuesday from Texas to Memphis, St. Louis and Kansas City.

The heat will spread into parts of the eastern Great Lakes and parts of the inland Northeast by Thursday, as western New York and Pennsylvania could see possible record high temperatures.

Temperatures in Syracuse, New York, could be in the 80s by Thursday, while temperatures from New York City to Philadelphia are expected to be in the 70s.

‘Ghost’ orchids, now a candidate for federal protections, are at risk with every hurricane that blows through Southwest Florida