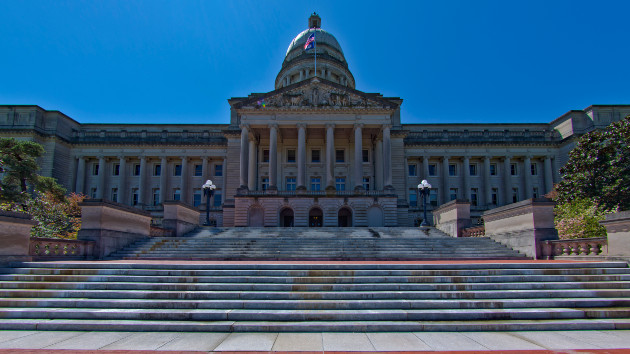 (FRANKFORT, Ky.) — Kentucky Gov. Andy Beshear vetoed a bill Wednesday that would ban transgender women and girls from playing on school sports teams that correspond with their gender identity from grades six and up into college.

Under the proposed bill, students would play on teams based on their sex assigned at birth.

Beshear, who is a Democrat, joins two Republican governors who vetoed similar bills in Utah and Indiana. In his veto letter, he said he shares their concerns that the bills could provoke lawsuits against the state and cause harm against transgender people.

“Transgender children deserve public officials’ efforts to demonstrate that they are valued members of our communities through compassion, kindness and empathy, even if not understanding,” the governor stated.

The KHSAA policy states that the organization “recognizes and promotes the ability of transgender student-athletes to participate in the privilege of interscholastic sports and sport-activities free from unlawful discrimination based on sexual orientation.”

However, Senate Bill 83 — the Fairness in Womens’ Sports Act — passed Kentucky’s legislature on March 24 with a GOP majority that could override Beshear’s decision.

Those in support of these policies, like bill sponsor Sen. Robby Mills, have said that they believe transgender women have a biological advantage against cisgender women.

“It would be crushing for a young lady to train her whole career to have it end up competing against a biological male in the state tournament or state finals,” Mills said during Senate debate on the bill.

There has been “no direct or consistent research” that shows that trans people have an advantage over cisgender peers in athletics, according to a Sports Medicine journal review of several research studies on potential advantages.

“From the start, this bill has been more about fear than fairness,” said Chris Hartman, the executive director of Kentucky LGBTQ+ advocacy group the Fairness Campaign.

He continued: “In Kentucky’s entire school system, there is only one openly transgender girl we know playing on a school sports team. That student started her school’s field hockey team, recruited all of the other team members, and just wants the opportunity to play with her friends her eighth-grade year.”

What lessons the U.S. could learn from Poland’s strict abortion ban