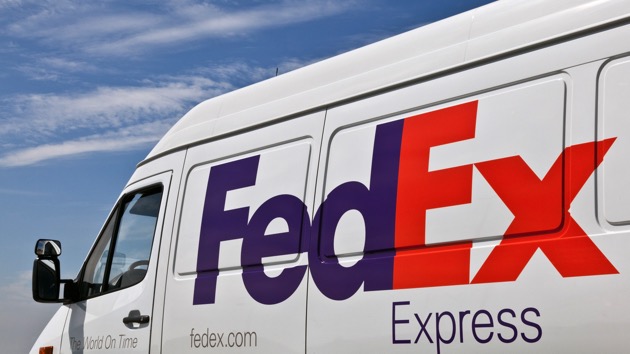 (BROOKHAVEN, Miss.) — A white father and son are facing criminal charges after allegedly chasing and firing at D’Monterrio Gibson, a 24-year-old Black FedEx driver, who said he was targeted while delivering packages in Brookhaven, Mississippi, on the evening of Jan. 24.

According to affidavits obtained by ABC News, 35-year-old Brandon Case, the son, has been charged with purposely, knowingly and feloniously attempting to cause bodily injury to Gibson after allegedly shooting at his delivery van.

While Gregory Case, 57, is charged with purposely, knowingly and feloniously conspiring with his son to commit aggravated assault after allegedly chasing Gibson with his pickup truck and trying to block him from driving away.

Gregory Case’s attorney, Terrell Stubbs, and Brandon Case’s attorney, Dan Kitchens, did not immediately respond to ABC News’ requests for comment, but according to the Brookhaven Municipal Court, both attorneys entered not-guilty pleas on behalf of their clients.

Gibson was not injured, but his van and some packages were struck with several bullet holes, according to a police report obtained by ABC News dated Jan. 25. Gibson and his supervisor at FedEx filed the report.

Gibson described the experience as “traumatizing” in an interview with Good Morning America on Sunday.

Gibson said he was driving around trying to find the right address – and finally figured it out. He said once he left the package, Gregory Case tried to use his pickup truck to stop him from leaving the neighborhood.

“He tries to cut me off and like instantly, my instincts kicked in. I swerved by him,” he told GMA.

As he tried to drive away, Gibson said he saw Brandon Case in the middle of the road pointing a gun at his delivery van.

“When he got past him, the guy started shooting towards his vehicle. The back of his vehicle was hit several times,” Carlos Moore, Gibson’s attorney, told ABC News.

Moore said that Gibson called 911 later that night and was directed to the Brookhaven Police Department, where a dispatcher told him that there was a report of a “suspicious person” at the address where he was delivering the packages before he was allegedly chased and targeted by the Cases.

Gibson said that he was wearing his delivery uniform at the time and was driving a van rented by FedEx marked Hertz.

“In this instance, this man was working while Black, and they thought that was suspicious and they evidently, concertedly decided they would accost this man,” Moore said. “And when he would not stop, they intended to kill them.”

Police have not responded to ABC News’ requests for comment, but Brookhaven Mayor Joe C. Cox told ABC News that the Brookhaven Police Department, the Mississippi Bureau of Investigation and federal agencies “will continue to investigate this matter.”

Gibson said FedEx told him to return to the office that night but sent him out on the same route the very next day.

He said that he was on unpaid leave. While FedEx offered to pay for counseling, Gibson said he was not offered unpaid leave until the story became public.

“FedEx takes situations of this nature very seriously, and we are shocked by this criminal act against our team member, D’Monterrio Gibson,” FedEx said in a statement to ABC News. “The safety of our team members is our top priority, and we remain focused on his wellbeing. We continue to support Mr. Gibson, including compensation, as we cooperate with investigating authorities.”
Killings of 2 aspiring NYC rappers spark debate about a controversial rap genre

The Cases are now out on bail, but Gibson’s attorneys are calling for the charges to be “immediately upgraded” and for the incident to be investigated as a hate crime.

“Black lives matter, and not only do they matter, but they matter as much as white lives,” Moore said.

Moore compared Gibson’s case to that of Ahmaud Arbery, the 25-year-old unarmed Black man who was murdered while out on a jog in Brunswick, Georgia, on Feb. 23, 2020.

Three White men — father and son Gregory and Travis McMichael and their neighbor William “Roddie” Bryan, who chased and murdered Arbery were sentenced to life in prison on Jan. 7.

They are awaiting trial on federal hate crime charges.

“It seems that this is another father-son duo that thought something was suspicious and took the law into their own hands,” Moore said.