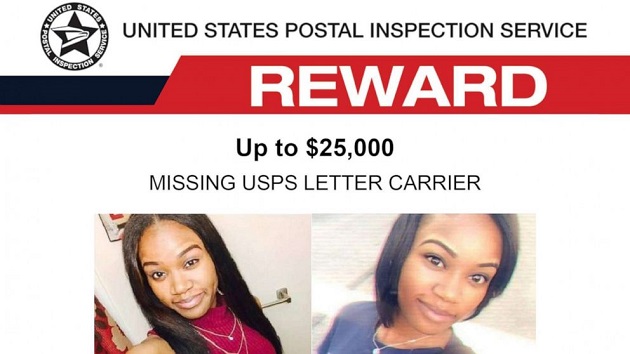 (CHICAGO) — Three years ago, a 26-year-old postal worker who was eagerly expecting her first child mysteriously disappeared in her own neighborhood.

There’s still no resolution, leaving her heartbroken mother desperate to know if her daughter is even alive or dead.

Kierra Coles was about three months pregnant when she vanished on Oct. 2, 2018, on Chicago’s South Side. Her car was found in front of her apartment with her phone and packed lunch still inside.

For Coles’ mother, Karen Phillips, having no answers is torturous.

Phillips said police have not provided any information whenever she’s called over the last year.

“I could never reach nobody. They’re gone to lunch, they’ll call me back, they’re out of the office. It’s always something,” she told ABC News last week. “They don’t even reach out and say, ‘Well, Ms. Phillips, we’re still going through this’ … or, ‘We don’t have any new leads.’ Just say something.”

The Chicago police didn’t respond to Phillips’ claim that they ignored her calls, but in a statement to ABC News the police department said it urges “anybody with knowledge of her last whereabouts … to contact the Chicago Police Department.”

“We are seeking any and all information in an attempt to locate her and we won’t stop until we do,” police said.

For Phillips, the loss is “unbearable.”

“I went from seeing my child every day — if not seeing her, at least talking to her every day — to not seeing her in three years,” Phillips said. “I try to stay strong for the other kids, I try to not really break down in front of them. But we talk about her all the time, we got pictures everywhere. We just really want her home.”

Coles’ siblings range in age from 35 to 24. Coles, a devoted aunt to her nieces and nephews, was the last of Phillips’ children to have a baby.

Phillips said she misses the grandchild she never got a chance to meet.

“I miss him — he or she — even though they wasn’t born yet. I just miss him because she would’ve been a great mother,” she said. “For her to be a mother, we were so excited. … That was the last thing she was waiting for.”

Coles had a plan for her life and so far “everything was going according to plan,” her mother said.

Coles first wanted a good job, and after years with the post office she had saved for a car and a home. Then, she and her boyfriend decided they were ready for a baby, Phillips said.

For her to vanish “out of the blue,” she said, “I can’t understand it.”

The United States Postal Inspection Service and the FBI are both working with the Chicago police on the case.

“Kierra Coles is a member of our Postal family and we will continue looking for her and following up on all leads,” the agency continued. “If you know something, no matter how trivial it may seem, please come forward as it may be crucial to our investigation. Please contact the U.S. Postal Inspection Service hotline at (877) 876-2455 and reference case number 2693502.”

Some days Phillips said she “really can’t function because my mind just, you know, keeps wondering — where’s my child? Is she being harmed? Is she dead or alive?”

“It’s hard waking up every day wondering,” she said. “I just want somebody to come forward and say what happened.”

COVID-19 live updates: Only one in four health workers fully vaccinated in this region

COVID-19 live updates: Only 1 in 4 health workers fully vaccinated in this region