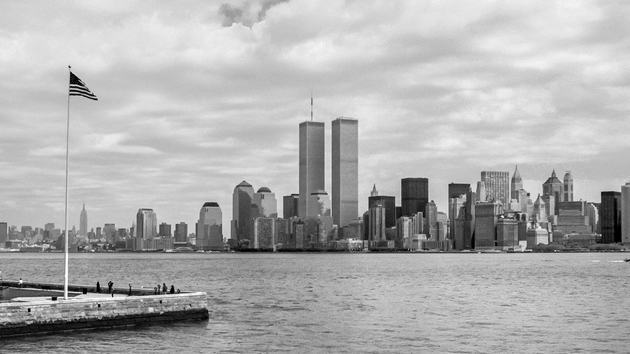 (NEW YORK) — The last memory Scott Larsen has of his late father is eating breakfast together on the morning of Sept. 11, 2001.

He was only 4 years old when his dad, a New York City firefighter, left home for what would be the last time.

Joshua Powell, another son of a New York City firefighter who was in carnage of the 9/11 terror attacks, said he used to eat Cap’n Crunch with his father every morning.

Florence Amoako was eight months pregnant with her second child when she said goodbye to her husband as he went to work at the World Trade Center that day. Paulina Cardona, Katy Soulas and Lisa Reina were also pregnant at the time. Their husbands never made it home.

Over the past 20 years, ABC News has periodically gathered with this group of women who were pregnant when they lost their partners in the terror attacks. Their children, born after the attacks, grew up without meeting their fathers.

Our most recent gathering took place in late June of this year, where this group shared their perspectives on loss, grief and resilience.

Joshua Powell was 5 years old when his father, New York City firefighter Shawn Powell, was killed in the terror attacks.

“Although I was a kid, you realize one day, he’s not coming back, and sometimes when I was in class, I used to just look over at the door and in my head just imagine him walking through, and coming to pick me up to take me home. And nothing had happened, as if everything was OK,” Powell told ABC News.

Powell said he didn’t become a firefighter because his mother was afraid to lose him the way she lost his dad. He has decided to pursue a career in medicine instead.

“Being a doctor, for me, or even being a surgeon, would be that same thing: running into the burning building. Running toward something that people are running away from,” he said. “Like when this pandemic happened, a lot of people were running away, but there were many people who ran toward it. I think that’s what I want to do.”

Mothers mourn children killed in Texas school shooting: ‘I lost a piece of my heart’

911 dispatcher may be fired over hanging up on Buffalo shooting caller: Official