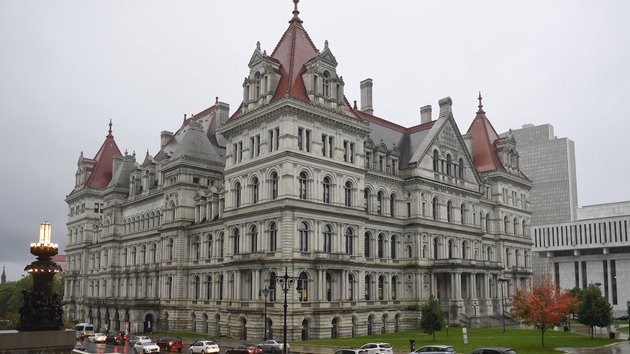 While State Attorney General Letitia James’ civil probe didn’t include a criminal referral, several district attorney offices from across the New York area have asked to review the investigation’s materials to determine whether criminal charges could be filed.

Cuomo has denied all allegations of sexual harassment and misconduct, including inappropriate touching and sexual advances.

The attorney general’s report also concluded that Cuomo may have violated Title VII of the Civil Rights Act of 1964, which outlaws discrimination in the workplace on the basis of sex and prohibits gender-based harassment in the workplace. The report also cited the New York State Human Rights Law, which is similar to the federal law.

Under that law, an employee can be held liable if they engaged in conduct that violates those guidelines or if they aided and abet conduct that violates state laws. “Failure to investigate [discriminatory acts] can constitute ‘active participation’ to support an ‘aiding and abetting’ claim,” the report stated.

In 2019, Cuomo signed legislation, to much fanfare, to strengthen protections against discrimination and harassment under New York State Human Rights Law, including extending the statute of limitations for employment harassment claims to three years from one year.

James’ report also concluded that Cuomo allegedly violated federal and state law in retaliating against one of his accusers, Lindsey Boylan, who came forward with her allegations in December, by “actively engaged in an effort to discredit her,” the report stated.

“The Governor and some of his senior staff questioned at the time (and continue to question) Ms. Boylan’s motivations, claiming that she made her allegations of sexual harassment for political reasons, i.e., to bolster her political campaign, or generally to be vindictive or retaliatory herself. But retaliation is unlawful regardless of whether the employer believes the complainant is acting with a good faith belief that she was harassed,” the report stated.

Further, Cuomo and his office failed to report and investigate the allegations of sexual harassment, in violation of their own internal policies and procedures, the report found.

Karen Agnifilo, a lawyer at Geragos & Geragos and a former prosecutor with the Manhattan district attorney’s office, told ABC News the allegations contained in the report released on Tuesday “absolutely articulates criminal behavior in many of the instances.”

Whether charges are pursued depends largely on “if the victims are willing to come forward, if it’s within the statute of limitations for a misdemeanor, and if there’s jurisdiction,” Agnifilo added. “This report couldn’t have been clearer. It found over and over again, that the victims were credible and, stunningly, the governor was not credible.”

“It’s very important to distinguish between sexual harassment, which is a civil law issue, meaning people can sue over it, but the remedy is money damages — it’s an individual suing him,” Abrams said. “A criminal case is the government saying, ‘We are going to seek to punish you and potentially take away your freedom,’ and in a criminal case, the legal standard is also higher. It’s proof beyond a reasonable doubt.”

Abrams said the strongest case is for a misdemeanor criminal charge in connection with the claim that Cuomo allegedly groped the breast of his executive assistant who worked at the executive chamber in 2020.

“The criminal law in New York that I think that most people will be focusing on is a law called ‘forcible touching’ — it’s a class A misdemeanor, it’s up to a year in prison,” Abrams explained. “And the definition of it is forcibly touching the sexual or other intimate parts of another person for the purpose of degrading or abusing such person, or for the purpose of gratifying the actor’s sexual desire.”

“I think we are still a ways away from criminal charges,” said Abrams, adding that even if Cuomo is charged with the misdemeanor “you still have to also prove that it’s for the purpose of gratifying the actor’s sexual desire. And that’s one of these legal things people don’t think about every day, but in the very definition of the statute makes it harder to prove.”

That woman came forward anonymously to the Albany Times-Union in April.

Cuomo’s lawyer, Rita Glavin, issued a denial after the report was released on Tuesday that Cuomo ever groped this anonymous assistant.

“The Governor was stunned by her claim made for the first time in early March 2021 that he groped her breast,” Glavin said in a statement. “This claim is false, as the Governor has stated repeatedly and unequivocally.”