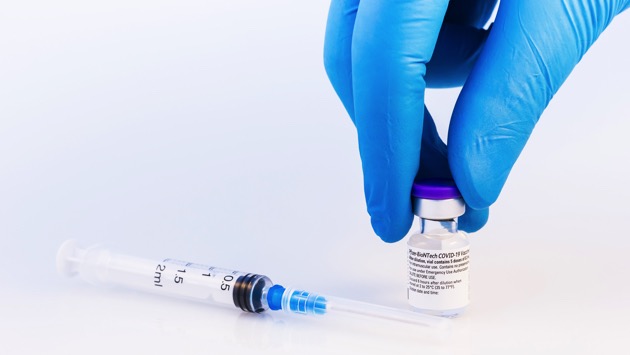 (WASHINGTON) — The U.S. Food and Drug Administration authorized Pfizer booster shots Wednesday for seniors and other high-risk Americans, paving the way for third doses to be offered as early as the end of the week.

The decision would allow for anyone over the age of 65 to get a booster, as well as people as young as 18 if they have a medical condition that puts them at risk of severe COVID-19 or if they work a frontline job that makes it more likely that they would get infected.

The deliberation follows a recommendation last week by the FDA’s independent scientific advisers that, while protection from vaccination is strong, immunity probably wanes after six months and is important to replenish for certain high-risk groups.

The advisory panel, called the Vaccines and Related Biological Products Advisory Committee, said last Friday there wasn’t enough evidence yet to recommend every vaccinated adult get a third dose.

Instead, the panel recommended the extra shot for those 65 and older or at high risk of severe COVID-19.

The Centers for Disease Control and Prevention will determine exactly which populations are eligible.

The FDA’s vaccine chief, Dr. Peter Marks, framed the booster debate as one “based on complex data sets evolving in front of our eyes,” but with key information still incoming on how boosters will impact a wider age group, the panel ultimately indicated current data has yet to mature enough to recommend boosters for all.

“We need safety data for younger populations and we need to really know what the benefit is,” Dr. Jeremy Faust, an emergency physician at Brigham and Women’s Hospital and an instructor at Harvard Medical School, told ABC News Friday. “So far we’ve got some reasonable data for older people, but I really think that there are too many questions on the younger populations.”

Currently, only immunocompromised Americans are eligible for a third dose of the Pfizer or Moderna vaccine. An estimated 2 million people have received a third mRNA based vaccine from the two manufacturers. Moderna and Johnson & Johnson have also asked the government to agree to booster shots for a larger population, and those requests are pending FDA review. FDA decisions are expected within the coming weeks.

If and when the career scientists at the FDA decide to sign off on boosters, the Pfizer vaccine can be labeled and administered as a three-dose vaccine for certain groups.

But before delivering the shots, the CDC will need to issue official recommendations.

A separate independent panel that advises the CDC is set to meet Wednesday for presentations and then again on Thursday to discuss the data in more granular detail before a vote.

CDC Director Rochelle Walensky is then expected to weigh in by the end of the week with an official recommendation for who exactly should get the shots.

Among the recommendations by the CDC will be a decision on who qualifies as “high risk” and which “front-line” workers are at highest risk of exposure.

Experts say it’s possible the FDA will endorse the idea of booster shots for people under 65 without conditions that put them at higher risk of severe illness as new data comes in.

“The story is not over because more and more data is coming in,” White House chief medical adviser Dr. Anthony Fauci told ABC’s Martha Raddatz on “This Week” Sunday.

“I think we really do need to test the water with one foot as we move forward,” Dr. Paul Offit, an FDA advisory panel member and director of the Vaccine Education Center at Children’s Hospital of Philadelphia, told ABC News following the panel’s vote last week.

“By the end of this week I think we’ll learn more about exactly what the recommendations are,” he said.

If Roe falls, what can Biden do on abortion access? Advocacy groups get creative