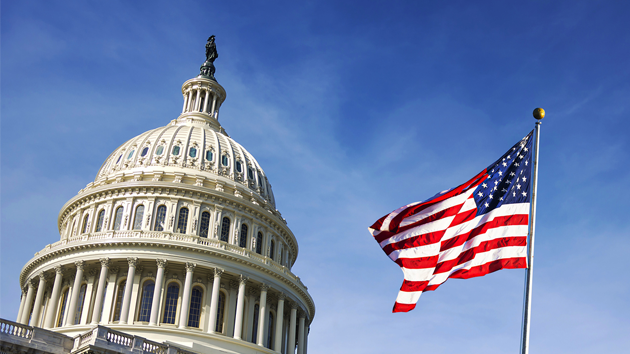 (WASHINGTON) — Illinois Rep. Adam Kinzinger, one of two Republicans serving on the House Jan. 6 select committee, and one of the most vocal critics of the GOP’s embrace of former President Donald Trump and the “big lie,” announced on Friday he is not running for reelection to Congress next term.

In referencing his first campaign, Kinzinger made the announcement in a nearly five-minute video to supporters and posted to social media.

“I also remember during that campaign saying that if I ever thought it was time to move on from Congress I would, and that time is now, but let me be clear, my passion for this country has only grown. My desire to make a difference is bigger than it’s ever been. My disappointment in the leaders that don’t lead is huge. The battlefield must be broader and the truth needs to reach the American people across the whole country,” he said.

“I cannot focus on both a re-election to Congress and a broader fight nationwide,” he said.

Kinzinger has been one of a handful of vocal, anti-Trump Republicans and his announcement is a shock to the current political environment — but it’s is part of a larger pattern of House Republican resignations.

He is the second of the 10 House Republicans who voted to impeach Trump in January 2021 for “incitement of insurrection” to announce they’re not running for reelection, following an announcement from Rep. Anthony Gonzalez, R-Ohio, in September.

Although Kinzinger’s home state of Illinois is still going through the redistricting process, the early map drafts indicated an uphill — if not completely impossible — battle for Kinzinger to run in the same area in 2022.

Under the latest redistricting proposal, Kinzinger’s current GOP-leaning district outside of the Chicago suburbs (CD-16) would be completely reworked from its current form. The new CD-16 would be moved to cover western and central parts of the state, rather than the suburbs and northern part of the state that Kinzinger currently represents.

The announcement comes as Kinzinger continues to take heat from members of his own party for his work on the select committee to investigate the attack on the Capitol, though the congressman said he expected to face political pushback as early as January on the heels of impeachment proceedings.

“I think I’ll definitely face a primary and the wrath of some of Donald Trump’s hardcore base that will continue to exist, but I still believe that once he’s out of office once we can evaluate this whole presidency outside of him having the megaphone,” Kinzinger told ABC News Chief White House Correspondent Jonathan Karl and Political Director Rick Klein on “Powerhouse Politics” podcast.

Looking forward to the next chapter! pic.twitter.com/SvdFCVtrlE

Kinzinger told Karl on “This Week with George Stephanopoulos” in August that he supported issuing subpoenas to anyone who has information about the Jan. 6 attack and what action Trump took — even if that members of his own party, including House Minority Leader Kevin McCarthy. As that committee continues its investigation, with Rep. Liz Cheney, R-Wyo., being the only other Republican serving on it, a full House vote last week found Trump ally Steve Bannon in contempt for failing to comply with such a subpoena.

Depsite the backlash from House GOP leadership, Kinzinger didn’t rule out running for another political office in Friday’s announcement — also raising some larger questions about his future.

“I want to make it clear,” Kinzinger said. “This isn’t the end of my political future, but the beginning.”