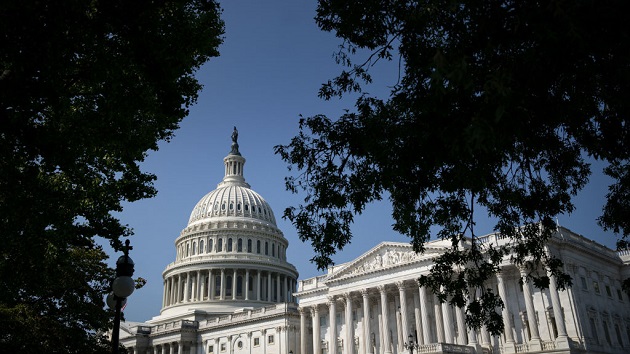 The Pandemic Response Accountability Committee, established as part of the $2.2 trillion coronavirus relief bill passed in March 2020, is responsible for overseeing a combined $5 trillion in pandemic relief funds authorized by Congress.

Working with inspectors general from several key federal agencies, the committee, in its report published Wednesday afternoon, identified fraud within programs championed by both parties, including those designed to aid small businesses and unemployed individuals.

“This is an unprecedented amount of money,” the report said. “And most of the funds were disbursed quickly. These factors put the money at a higher risk of fraud.”

Democrats championed the program, holding it up as a necessary safety net for people whose jobs were wiped out by the pandemic, but Republicans have long challenged it.

Though the program technically expires in September, it has already been rolled back in many Republican-controlled states. Republican leaders said the program incentivizes people to stay home by in some cases paying them more than low-wage jobs.

Businesses were also eligible for several types of loans under the massive coronavirus relief bills passed by Congress.

Potentially ineligible applicants for Economic Injury Disaster Loans, which were given to small businesses that were established before the pandemic and could be used to pay normal business expenses, received $918 million in loan funds, the report says, “reducing the total amount of funds available for legitimate businesses.”

Both unemployment insurance benefits and loans issued to small businesses were plagued by self-certification, which allowed applicants to self-assess eligibility, sometimes without traditional review standards, the report says.

The report also detailed problems with the paycheck protection program, a small business COVID-19 relief measure that Republicans strongly advocated for. That program allowed small businesses to receive federal loans that would be forgiven if at least 60% of the borrowed funds were used to keep employees on the payroll, but the watchdog group found issues with representation and fraud.

Failure to require the checking of applicants against a list of those ineligible to receive federal loans led to 57,500 PPP loans worth $3.6 billion being issued to potentially ineligible recipients, according to the report.

And, despite language in the federal legislation instructing lenders to ensure small business loans were given to women, minorities and veterans, there is “no evidence that small businesses in underserved and vulnerable communities” received the loans.

The small business association, responsible for collecting demographic data on who was getting these new federal loans, did not collect demographic data on the loan applications and did not issue guidance requiring lenders to prioritize applicants from businesses in vulnerable communities, disadvantaging potential borrowers who may not have had existing relationships with larger lenders.

Since June, there’s been an effort to correct that issue through the creation of a new online tool and a revised application process.

Stimulus checks, several rounds of which went out to Americans in certain income brackets, were also not immune to fraud. The watchdog found that nearly 2.2 million checks worth nearly $3.5 billion were issued to deceased individuals. Of that, $72 million was voluntarily returned.

Biden taunts McConnell for ‘bragging’ about relief bill he voted against

US mission in Afghanistan a failure: Government watchdog