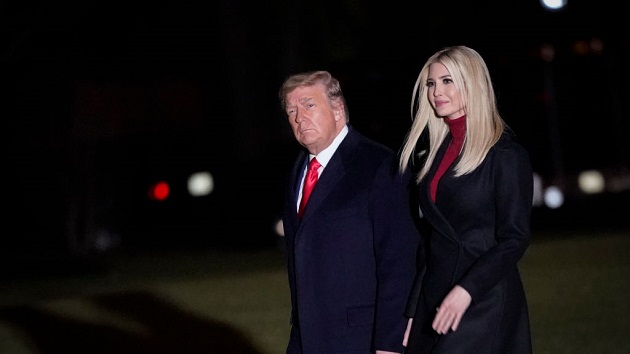 (WASHINGTON) — Ivanka Trump, the eldest daughter of former President Donald Trump, is in active conversations with the House Select Committee on Jan. 6 about meeting for a voluntary interview, ABC News has confirmed, marking the first time a member of the Trump family has engaged in voluntary negotiations outside of a subpoena.

“Ivanka Trump is in discussions with the committee to voluntarily appear for an interview,” a spokeswoman for Trump confirmed in a statement Wednesday.

Ivanka Trump was one of a small handful of aides with the president inside the West Wing as the Capitol was under attack the president after his speech on the morning of Jan. 6.

Ivanka’s possible cooperation comes as ABC News has previously reported the committee is in active negotiations with Trump lawyer Rudy Giuliani about also appearing for an interview with the committee.