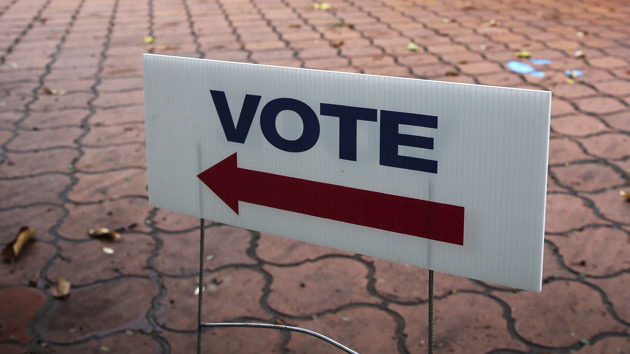 (CLEVELAND) — After weeks of back and forth negotiating on the time, the hosts and the venue, Ohio Senate nominees Rep. Tim Ryan and J.D. Vance will be facing off on Monday for their first debate. A second showdown is scheduled a week later.

Ryan and Vance, the Democratic and Republican candidates vying for retiring Republican Sen. Rob Portman’s seat, will be arguing their case on stage hosted by Fox 8 News in Cleveland.

Monday’s hour-long debate at the Fox 8 studios starts at 7 p.m. ET and will be moderated by two reporters, one from the Fox affiliate and the other from the local NBC affiliate.

The debate can be watched on all Nexstar Media Television stations and respective streaming channels in Ohio.

FiveThirtyEight’s polling average shows Ryan and Vance in a close race. The winner could determine the balance of power in the Senate, which is currently split 50-50.

Heading into Election Day, Vance has campaigned heavily on the issue of crime in Ohio. ABC News spoke with the “Hillbilly Elegy” author and former investor at a recent event in Perrysburg, Ohio, where he was joined by former President Donald Trump’s eldest son, Donald Trump Jr.

“Let’s declare war on the violent crime on our streets. Let’s let the police go and do their jobs and let’s support them as we do it,” Vance said to supporters at a banquet hall.

He told ABC News afterward, while speaking with reporters, that if elected he would prioritize increasing funding for police.

Referring to special legal protections for law enforcement that some Democrats argue are too broad, Vance disagreed and said: “We really have to protect local police officers with qualified immunity.”

ABC News also spoke with Rep. Ryan, most recently at a kick-off event for his statewide bus tour in Warren, Ohio. When asked how he’s prepping before Monday’s debate, Ryan said that he wished the face-off was held sooner.

“We want to get this thing kicked off. But, you know, we’re doing good work,” he said.

He also told ABC News that he can’t “overstate” how important the two debates between him and Vance are going to be because it will show voters what he said is a “contrast” between the two.

“JD has given up on Ohio and I’ve been here fighting like hell for this state, and we’re starting to see some real results. And so that contrast of his extremism versus my pragmatism is going to be very apparent in the next two debates,” Ryan said.

While the party in power often suffers setbacks in midterm races, swing-state Democrats like Ryan have campaigned by seeking to separate themselves from Washington.

He told ABC News that he’s an “independent-minded person,” while Vance has labeled him a “fake moderate.”

In an emailed statement to ABC News, Vance campaign spokesperson Luke Schroeder wrote that “JD is well prepared for the upcoming debates and has found time to prepare between rallies and events. He will have no problem wiping the floor with Tim Ryan.”

Paulina Tam is one of seven ABC News campaign reporters embedded in battleground states across the country. Watch all the twists and turns of covering the midterm elections every Sunday on Hulu’s “Power Trip” with ABC’s George Stephanopoulos.