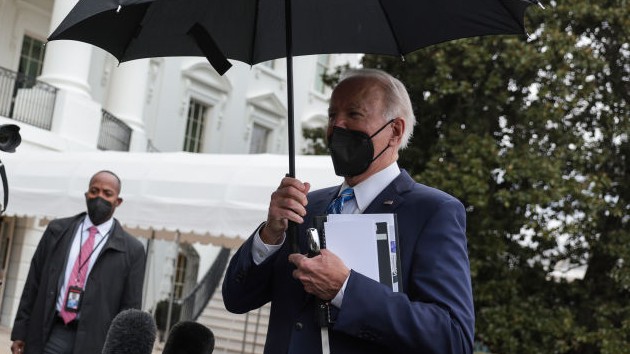 (WASHINGTON, D.C.) — While the Biden administration has once again extended the pause on student loan repayments, some progressives said that unless more is done, it could cost Democrats in the midterms in 2022.

The progressive wing of the Democratic Party is sounding the alarm over potentially losing voters and subsequent races due if the campaign promise from the Biden-Harris administration go unfulfilled.

Before the pause was extended, several prominent Democrats voiced their concerns about payments starting again and how it could cost them the midterms.

The total amount of student loan debt in the U.S. currently stands at $1.75 trillion.

Rep. Alexandria Ocasio-Cortez, D-N.Y., said it would be “delusional” to believe that Democrats can get reelected without taking action on student debt.

It is actually delusional to believe Dems can get re-elected without acting on filibuster or student debt, Biden breaking his BBB promise, letting CTC lapse, 0 path to citizenship, etc

We need to act now

Natalia Abrams, president of the Student Debt Crisis Center, a nonprofit focused on ending the student debt crisis, told ABC News that “Democrats and lawmakers need to be careful because this is something the public has said they want.”

Vice President Kamala Harris responded to Ocasio-Cortez’s comment in a recent interview with CBS News, saying that Secretary of Education Cardona is looking into what the Biden administration can do to alleviate the pressure that borrowers are enduring from student loan debt. However, Harris also acknowledged the impact student debt is having on individuals across the country.

Harris was then asked if the Biden administration needs to deliver on its promise of forgiving student loan debt before the 2022 midterms in which Harris agreed.

“Well, I think that we have to continue to do what we’re doing and figure out how we can creatively relieve the pressure that students are feeling because of their student loan debt. Yes.”

During the 2020 election, Biden promised to forgive a minimum of $10,000 of federal student loans per borrower.

Additionally, we should forgive a minimum of $10,000/person of federal student loans, as proposed by Senator Warren and colleagues. Young people and other student debt holders bore the brunt of the last crisis. It shouldn’t happen again.

There are two major issues standing in the way of Democrats tackling student debt. First, there’s no agreement within the Democratic Party on who has the power to cancel student debt.

Several Democrats, including Senate Majority Leader Chuck Schumer and Warren, have pushed the Biden admin to use executive authority to cancel federal student loans. Still, the Biden administration has pushed back, saying they do not know if Biden has the authority to do so.

When asked about Biden’s campaign promise to cancel $10,000 of federal student loan debt in mid-December, Press Secretary Jen Psaki said that if Congress sent Biden a bill to cancel student debt, he would be “happy to sign it.”

Back in July, House Speaker Nancy Pelosi said in a press conference that President Biden does not have the legal authority to use executive action to cancel federal student loan debt.

“People think that the president of the United States has the power for debt forgiveness; he does not,” said Pelosi. “He can postpone, he can delay, but he does not have that power, that has to be an act of Congress.”

Another issue that stands in the way of Democrats making any headway on student debt is that there seems to be no consensus on how much to cancel.

Several Democrats, including Schumer and Rep. Ayanna Pressley D-Mass., have urged canceling $50,000 of federal student loan debt, which Biden said he would “not make happen” when asked about it during a CNN town hall in February.

In that same town hall, Biden reiterated his support for canceling $10,000 dollars in student loan debt.

Democrats have about five months before the pause on federal student loans repayment expiries.

“I think one of the best things that Democrats can do to secure midterms would be to cancel student debt,” Abrams told ABC News. “At the very least keep loans on pause.”