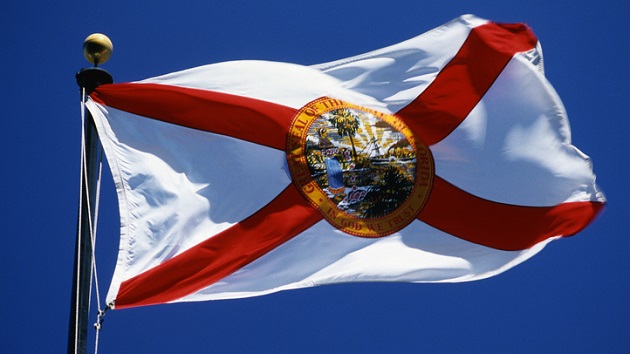 (TALLAHASSEE, Fla.) — Demonstrators gathered in front of and inside the Florida State Capitol on Monday to stop the legislation that has been dubbed the “Don’t Say Gay” bill.

“We say gay,” they chanted, the sound echoing throughout the halls as they anticipated a vote on the bill expected Monday.

Speeches and chants were held throughout the day as the Florida Senate debated the legislation. However, the crowd fell silent when a youth organizer read off a list of names of LGBTQ people who have died by suicide after experiencing anti-LGBTQ hate.

“When you come to our schools to instill hate, bigotry, and fear, we will stand up, speak up, and fight back,” Maxx Fenning, founder of the LGBTQ youth advocacy organization PRISM, said at the protest. “Our passion knows no distance and we will never be silenced!”

The bill would limit curricula on sexual orientation and gender identity in some classrooms and would allow parents to take legal action against school systems if they violate this policy.

In protest, walkouts statewide have taken students out of school and onto the street.

“We will get up, stand up, wake up every single day to fight for you because your lives matter,” Democratic Florida Rep. Carlos G Smith said at the protest on the steps of the Capitol.

Florida House Republicans have already advanced the bill and the governor has expressed his support.

Proponents of the bill, including the bill sponsor Republican Rep. Joe Harding, said he wants families to be able to play a role in how and when they introduce these topics to their children.

“Families are families. Let the families be families, and the school district doesn’t need to insert themselves at that point when children are still learning how to read and do basic math,” Harding told “Start Here,” an ABC News podcast.

While the bill would ban lessons concerning gender or sexual orientation in classrooms from kindergarten to third grade, it would also not allow them when it is age-inappropriate or not in line with state standards.

However, standards on gender and sexual identity have yet to be carved out, according to Harding.