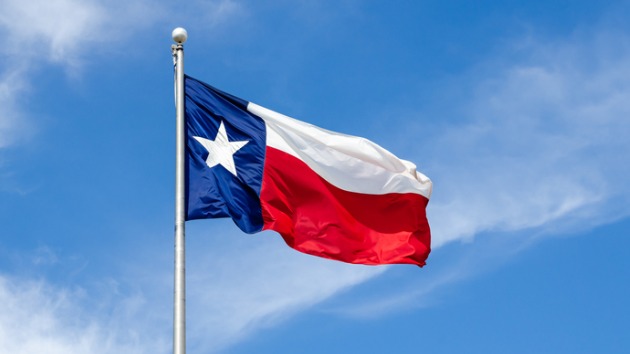 (AUSTIN, Texas) — Before 1973, fatal “back-alley” and “coat-hanger” procedures in places where abortion was illegal became emblematic of the impact of abortion bans.

But in modern times, those images have become obsolete with the use of medication abortion, advocates say.

This has become especially relevant in light of Texas’ new abortion law that bans the procedure as early as six weeks into a pregnancy, making it inaccessible for many across the state.

“An abortion road trip is a thing of the past,” said Elisa Wells, co-founder and co-director of Plan C, an abortion research and pro-abortion rights advocacy group. “We have safe and effective medical technology in the form of abortion pills and online access to care that can deliver it directly to your doorstep. This is the 21st century and everybody deserves the same access to care that we have through mainstream medical channels.”

In a medication abortion, patients take two pills: mifepristone, which stops the production of progesterone, and misoprostol, which causes the abortion. Without progesterone, uterine lining breaks down and a pregnancy is prevented from continuing, according to Planned Parenthood.

The regimen is approved by the FDA to end pregnancies up to ​10 weeks.

Mifepristone is only supplied to health care providers who meet certain qualifications and is recommended by the FDA to be taken by or under the supervision of a certified prescriber to ensure safe use.

But, advocates say, people still seek abortions when governments restrict access to the procedures, according to the Guttmacher Institute, a reproductive rights research organization.

With no other options for a legal abortion, some feel forced into unsupervised or illegal tactics to obtain one — which could include obtaining medication through methods like utilizing a telehealth appointment with a provider in a state where it is legal, having pills mailed via international organizations on the internet, or crossing the border to Mexico, where misoprostol is sold in pharmacies as an ulcer medication.

Medication abortion with both mifepristone and misoprostol is effective more than 95% of the time, according to the Guttmacher Institute. A 2013 study of 47,283 subjects found 0.3% were hospitalized for complications, such as vaginal bleeding, pelvic pain or infection.

In medical settings where it is legal, doctors say it is safe for patients to take the pills and have an abortion at home. For example, some Planned Parenthood locations have begun offering at-home services via telehealth where that is legal.

A recent study by Ushma Upadhyay, an associate professor at the University of California San Francisco, found evidence that medication abortion care administered online via telehealth providers is feasible and safe.

Still, there are some medical concerns about obtaining pills to self-manage an abortion outside of doctors’ guidance. International pills haven’t been checked by U.S. authorities for quality, and people who acquire misoprostol on their own may not know the right dosages without the guidance of a clinician.

Misoprostol, which is sold across the border without mifepristone, is 85% successful in inducing abortion in the first trimester on its own, according to the International Women’s Health Coalition. A 2019 research article in the Obstetrics & Gynecology journal found that misoprostol alone is an effective, safe option for people seeking an abortion in their first trimester.

Overall, however, advocates say the risk level is low.

“It (may not be) legally safe, but it is medically safe. And I think that accessing these medications in an unregulated way may be the only recourse for many people, the only way to have reproductive autonomy,” Upadhyay told ABC News.

While studies indicate medical concerns are relatively limited, there are legal questions about accessing medication abortion.

Thirty-four states only allow physicians to help patients obtain medication abortions, according to the Guttmacher Institute. Nineteen states require physicians be physically present with the patient, which essentially bans the use of telemedicine to prescribe the medication.

Meanwhile, the new Texas law, which the Supreme Court allowed to go into effect but is being legally challenged, authorizes private citizens to bring civil suits against anyone who “aids or abets” an abortion — but not the patient themself.

With that, it’s unclear how lawsuits against online providers would fare in Texas — but the law implies that doctors from out of state, online providers or people who drive others to get an abortion may be at risk if a fetal heartbeat had been detected and known at the time of the abortion.

“If an individual were to get an abortion, that individual would not be penalized, but everyone who was involved in that patient’s care would be at risk of getting sued by someone who’s part of the anti-abortion movement,” said Dr. Meera Shah, the chief medical officer at Planned Parenthood Hudson Peconic.

Self-managed abortion has been pushed into the spotlight by the Texas law, which is the most restrictive abortion ban to go into effect in decades.

“This is driving patients into a panic,” said Shah. “Our health centers in Texas are getting inundated with phone calls from patients, trying to figure out where they can get care or how they can get care.”

Before the Texas ban directly restricted access to abortion, other states had made it difficult for abortion clinics to remain open, forcing anyone in search of an in-clinic procedure or an in-person physician consultation to travel long distances for an available provider.

Advancing New Standards in Reproductive Health (ANSIRH), a research group at the University of California, San Francisco’s Bixby Center for Global Reproductive Health found that there are at least 27 “abortion deserts” in the country — cities with populations of over 100,000 where residents must travel more than 100 miles to reach a clinic.

“What’s so important is to focus on people who are the most underserved: those are the people who won’t know about Aid Access, won’t be able to travel, low income populations and immigrant populations, people with limited English proficiency,” Upadhyay said.

“These are the people that are going to end up having to carry to term because they just have no other choice,” she added.

Here’s what voters decided on abortion questions on Election Day