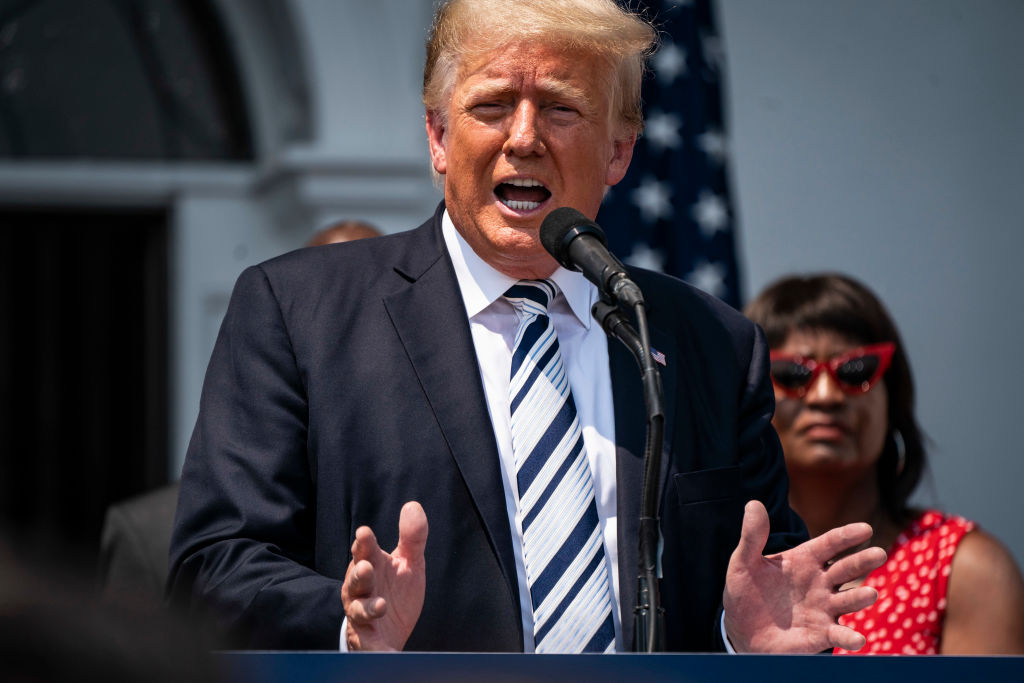 (WASHINGTON) — Former President Donald Trump said he can “understand the feelings” but doesn’t grasp the position of the grieving families of 9/11 victims protesting the LIV Golf Invitational, a lavish, Saudi-backed global contest soon to be hosted at one of his golf courses, in a Monday interview with The Wall Street Journal.

On Friday, Trump National Golf Club in Bedminster, New Jersey, will host the third event for LIV Golf, funded by Saudi Arabia’s sovereign-wealth fund, as pressure for the former president to halt the tournament mounts from coalitions of the family members of those killed in the 9/11 terrorist attacks.

The families have taken issue with Saudi Arabia’s role in the 9/11 attacks — most of the attackers were Saudi nationals, but the Saudi government has consistently denied involvement — only for the country to now engage in “sportswashing,” a recent trend that critics call the sanitation of a country’s reputation by engaging in high-profile sporting events.

One of the coalitions of families, 9/11 Justice, on Tuesday released an advertisement featuring images of Trump’s Bedminster course — with coalition members questioning the former president’s scheduled plans to host the splashy sports event.

“This golf tournament is taking place 50 miles from Ground Zero,” a man in the ad says.

“It’s disgusting. Worse than a slap in the face,” says another.

“How much money to turn your back on your own country?” a woman asks.

9/11 Justice is slated to hold a protest at the start of the three-day tournament on Friday, just down the street from the Bedminster golf club.

Another coalition, 9/11 Families United, held a press conference near the Bedminster club on Tuesday.

Earlier this month, Texas Rep. Chip Roy, a Republican, authored an op-ed in The Hill where he denounced the American golfers who are taking part in the Saudi golf tournament, saying the athletes are “selling themselves” out to the kingdom.

In a tweet, Roy applauded some of the 9/11 victims’ family members for calling out LIV Golf “for its insidious selling out to a terrorist-funding sovereign.”

9/11 Families United called on President Joe Biden last month to make sure “his administration’s engagement does not neglect long-overdue accountability,” ahead of his recent trip to Saudi Arabia.

A Biden administration spokesperson told ABC News that “our hearts are always with the 9/11 survivors and families who are suffering” and noted the president has taken steps toward accountability.

“President Biden made a commitment to ensuring the maximum degree of transparency under the law and to assist these families in their work to seek full accountability regarding the declassification of 9/11 documents,” the spokesperson said.

Trump had maintained a strong relationship with Saudi Arabia’s crown prince while he was in office, even continuing business ties with the kingdom upon leaving office.