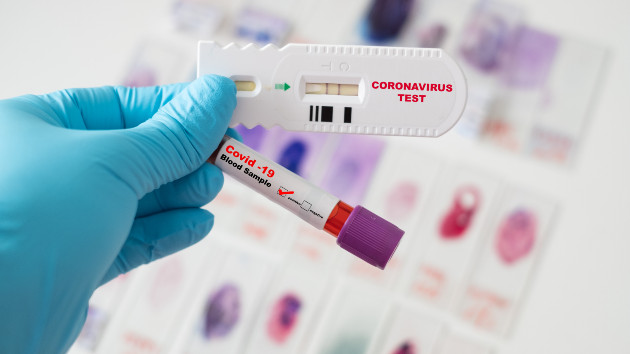 (WASHINGTON) — Americans will feel the impact of funding cuts to U.S. COVID response next week, senior administration officials said on Tuesday, as efforts to get more money from Congress sit stalled.

The first impacts will be felt by uninsured Americans, who will no longer be able to submit claims for tests or COVID treatments starting next week, they said. In two weeks, claims to cover vaccinations will no longer be accepted — meaning the program that has been covering people without insurance throughout the pandemic will effectively end.

Anyone seeking monoclonal antibody treatment for COVID will also face a tougher battle starting next week, officials said, when the government plans to cut supplies to states by 30%.

And a new purchase for hundreds of thousands more monoclonal antibody treatments, planned for March 25, will be canceled, senior officials said.

Making those cuts now will keep the U.S. monoclonal antibody supply on-hand until late May, officials said, when they predict the U.S. will fully run out of antibody treatments.

“These are immediate, near-term consequences, some of which we’re having to act on this week, next week, and the first week of April. So time is not on our side. We need the funding immediately,” one senior administration official told reporters.

Biden and his administration have warned for weeks that there was not enough money left to support critical COVID-19 response efforts, including testing at the current pace, purchasing more COVID-19 treatments and acquiring more booster shots.

The White House is expected to lay out more details of the cuts in a letter to congressional leadership later Tuesday, senior officials said, and have held meetings on Capitol Hill since February briefing members of Congress on the funding shortfalls.

In a statement highlighting what it said would be the impact, the White House said, “The federal government does not have adequate resources to purchase enough booster vaccine doses for all Americans, if additional doses are needed.

Officials also warned about a faltering defense against any new variants, if more funding isn’t granted by Congress.

“We want to be clear, waiting to provide funding until we’re in a worse spot with the virus will be too late,” an administration official said.

And in the instance of a new variant, the U.S. would not have the money to buy new variant-specific vaccines for all Americans to get vaccinated, if that becomes necessary, officials warned.

Research on new vaccines and treatments will also be affected by cuts, officials said, including progress on a pan-coronavirus vaccine, which could protect against a range of variants.

On testing capacity, the administration said that current domestic supply will get Americans through June, despite earlier warnings that Americans would see less testing availability starting this month.

“Without additional funding, we do not have the ability to maintain our domestic testing capacity beyond June,” a senior administration official said.

“And because it takes months of ramp up to rebuild capacity, failure to invest now will leave us less prepared for any potential future surges. So, providing funding only when cases rise is far too late to make a difference,” the official said, noting that the U.S. felt the impact of that mistake firsthand during the omicron surge.

Preparing for future surges is becoming increasingly relevant again as cases rise in the U.K. and China due to the BA.2 variant, which is a more transmissible strain of omicron.

But for now, the path forward for COVID-19 relief is murky.

The White House’s request was chiseled down to less than half as much in Congress last week, before it was later cut from the larger spending bill entirely.

Approval for more funding hinges on agreement from Republicans in the Senate, who oppose more spending and say they weren’t given clear warning on the need for more money until too recently.

“Before we would consider supporting an additional $30 billion for COVID-19 relief, Congress must receive a full accounting of how the government has already spent the first $6 trillion,” a group of 25 Republican senators wrote in a letter to the White House in early March.

But Democrats in the House were also splintered last week after leadership agreed to dip into funding that was already allotted to state governments to cover the latest request.

On Tuesday, a senior administration official steered clear of any specific advice for Congress to get the funding approved, but said there is “precedent” for bipartisan support for COVID relief under the previous administration.