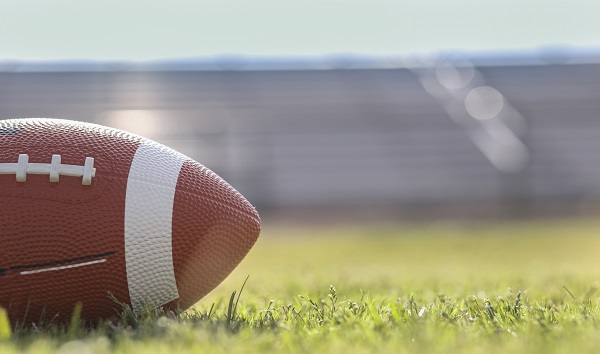 (LOS ANGELES) — As the Cincinnati Bengals and Los Angeles Rams prepare to take the field for the Super Bowl on Sunday, law enforcement officials tell ABC News they’re preparing to secure the big game from potential threats and criminal activity.

ABC News embedded with U.S. Customs and Border Protection’s Air and Marine Operations to see the safety concerns around Sofi Stadium and the Los Angeles Convention Center — home to the Super Bowl and its various weekend activities. The stadium is close to Los Angeles International Airport and it is common from inside the stadium to see planes flying at low altitudes overhead. That creates a number of problematic scenarios, authorities say.

“Two things are kind of keeping me up at night. One is the population density of Los Angeles County,” said Brandon Tucker, the deputy director of air operations with CFP’s Air and Marine Operations in San Diego. “Additionally, airspace density.”

Law enforcement will have aircraft high above Sofi Stadium as well as choppers low to the ground to prevent and deter any potential attacks, authorities tell ABC News.

As a result, they say they will restrict up to thirty miles of airspace around the stadium on Sunday.

Homeland Security Secretary Alejandro Mayorkas told reporters at a press conference in Los Angeles on Tuesday there are no credible security threats to Sunday’s big game.

“We have no information of a specific credible threat against the Super Bowl,” Mayorkas said. “What this is all about, is planning and preparation to prevent any incident from occurring.”

Mayorkas said there are more than 500 individuals from Homeland Security in Los Angeles to secure the game.

“There will be a major police presence for the Super Bowl to prevent any incidents,” Jack Ewell, the chief of the Special Operations Division at the LA Sheriff’s office, said at the press conference with Mayorkas. “There has not been any incidents at the Super Bowl Experience.”

Law enforcement officials said they are also concerned about drones around the stadium and the airport.

“Our message for a Super Bowl Sunday is come out, enjoy the game, but leave your drone at home,” said Kevin Morris, a drone expert with the Federal Aviation Administration.

Anyone flying a drone could face a fine of more than $30,000 and possible jail time, according to Morris.

Aboard U.S. Customs and Border Patrol boats, agents are also looking for smugglers trying to take advantage of the federal focus on Sofi Stadium.

Evan Wagley, an agent with CBP’s Air and Marine Operations, said they’ve seen a local uptick in criminals smuggling drugs and humans over the past couple of years.

“We feel it’s highly likely that any of these criminal operations will be trying to use that as a diversion and we want to be able to make sure to be that first line of defense so we can spot anything that would potentially make it into the interior,” Wagley said.