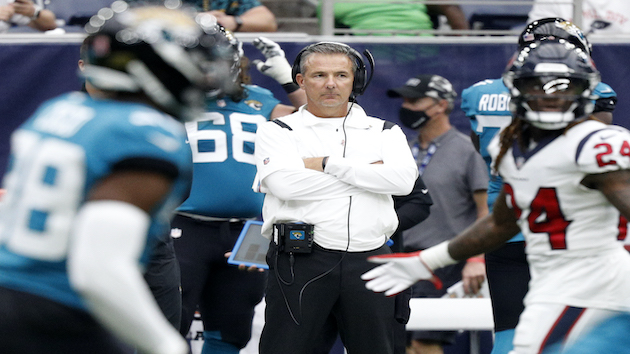 (JACKSONVILLE) — Jacksonville Jaguars head coach Urban Meyer has no interest in the University of Southern California.

“There’s no chance. I’m here and committed to trying to build this organization,” Meyer said.

“As I committed to upon my arrival at USC, during the past two off-seasons we provided every resource necessary for our football program to compete for championships,” Bohn said in the announcement The added resources carried significantly increased expectations for our team’s performance, and it is already evident that, despite the enhancements, those expectations would not be met without a change in leadership.”

Helton went 46-24 in his seven years as head coach and won one conference championship.

Meyer is in his first season as the Jaguars head coach. He won three national championships while coaching in college at Florida and Ohio State and had a combined 187-32 record 17 seasons at Bowling Green, Utah, Florida, and Ohio State.

Jacksonville lost its Week One game to Houston 37-21.