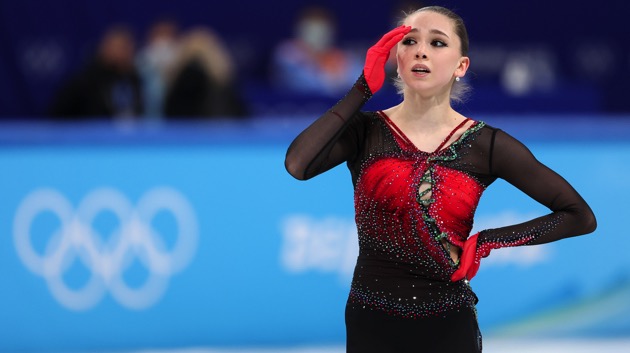 (BEIJING) — Russian figure skating star Kamila Valieva will be allowed to continue competing at the Winter Olympics despite failing a drug test, the Court of Arbitration for Sport ruled on Monday.

“On the basis of the very limited facts of this case, and after consideration of the relevant legal issues, [the court] has determined that no provisional suspension should be imposed on the Athlete,” CAS said in a two-page decision.

Denying Valieva a chance to compete “would cause her irreparable harm,” the court said.

It was revealed on Friday that 15-year-old Valieva tested positive for a banned drug in December ahead of the Russian Figure Skating Championships, according to the International Testing Agency.

“The late notification is extremely unfortunate, as it affects not only the athlete, but also the organizers of the Olympic Winter Games,” Matthieu Reeb, director general of CAS, said in a press conference in Beijing on Monday. “In other words, we would not have this case and I would not be here if these anti-doping test procedures would have been completed in one week or 10 days, as it is generally the case, for example, at the Olympic Games.”

Fridays news had thrown into question the ROC’s gold win in the figure skating team event, because of her participation, and her ability to continue competing in the Olympics. The United States won silver in the team event and Japan won bronze.

Valieva tested positive for trimetazidine, a heart medication, in a sample tested at a World Anti-Doping Agency accredited lab, according to the International Testing Agency. The drug is classified by WADA as a hormone and metabolic modulator, according to the ITA.

The Russian Anti-Doping Agency was notified of the result of the test on Feb. 8, one day after the Team Event ended, according to the International Testing Agency. Valieva was provisionally suspended from participating in the Olympics, the ITA said. She is scheduled to participate in the women’s singles event on Feb. 15.

Because she is a minor, and with the case was not under the jurisdiction of the International Olympic Committee, the ITA did not reveal the banned substance was found in Valieva’s blood when it was notified.

Valieva appealed the suspension before the Russian Anti-Doping Agency on Feb. 9 and the body decided to lift the suspension, allowing her to compete, according to the ITA, which is in charge of drug testing in sports.

The ITA was notified of the test result on Feb. 8 after the Figure Skating Team Event, which Valieva participated in, was over, the body said on Friday.

The ITA led the appeal of the decision to lift the suspension along with the IOC and the International Skating Union to the Court of Arbitration for Sport, the ITA announced on Friday.

A decision on the results of the team figure skating event will be made by the International Skating Union, according to the ITA.

The ITA said the current appeals procedure will only look into the provisional suspension placed on Valieva, not the full case. CAS said on Saturday it planned to hold a private video conference to examine the case of Valieva on Sunday and announce its decision on Monday.

Valieva made history in Beijing when she became the first woman to land a quadruple jump at the Winter Olympics. She won the women’s portion of the team event, earning the ROC 10 points.

Russian athletes are competing under the name “Russian Olympic Committee” due to an ongoing ban against Russia participating in the games due to its previous doping violations. This is the second Olympics in a row that Russia has been banned from.

The World Anti-Doping Agency banned the country from all international sporting events because of its doping violations.

The agency allowed Russian athletes who could prove they are clean and unconnected to the cover-up to compete.