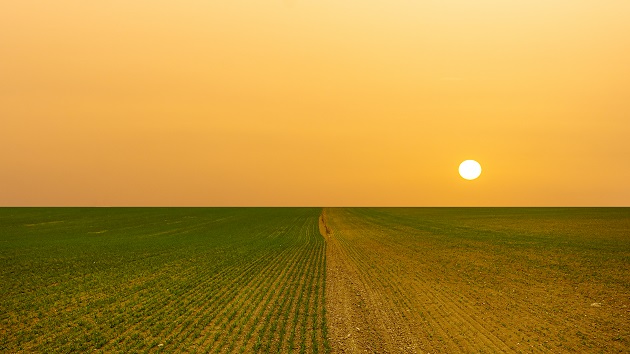 (NEW YORK) — Leaders from nearly every country in the world have converged upon Glasgow, Scotland, for COP26, the United Nations Climate Change Conference that experts are touting as the most important environmental summit in history.

The conference, delayed by a year due to the COVID-19 pandemic, was designed as the check-in for the progress countries are making after entering the Paris Agreement, which aims to limit global warming to well below 2 degrees Celsius, a value that would be disastrous to exceed, according to climate scientists. More ambitious efforts aim to limit warming to 1.5 degrees Celsius.

Not one country is going into COP26 on track to meeting the goals of the Paris Agreement, according to experts. They will need to work together to find collective solutions that will drastically cut down on greenhouse gas emissions.

“We need to move from commitments into action,” Jim Harmon, chairman of the World Resources Institute, told ABC News. “The path to a better future is still possible, but time is running out.”

All eyes will be on the biggest emitters: China, the U.S. and India. While China is responsible for about 26% of the world’s greenhouse gas emissions, more than all other developed countries combined, the cumulative emissions from the U.S. over the past century are likely twice that of China’s, David Sandalow, a senior research scholar at Columbia University’s Center on Global Energy Policy, told ABC News.

Widodo congratulated Biden on his January 2020 victory, to which he replied, “Thank you very much. Thank you for recognizing it.”

Although not a part of his official COP26 schedule, Biden also met with Estonian Prime Minister Kaja Kallas.

Estonia was one of the last G20 countries to sign on to the agreement, along with Ireland and Hungary.

According to a readout sent by the White House, the leaders spoke about the cooperation between the two countries on climate and defense.

Biden “conveyed his support for Prime Minister Kallas’ efforts to promote trusted connectivity and high-standards infrastructure investment in Europe and around the world,” the readout said.

Amazon founder Jeff Bezos may be donating $10 billion to aid the global climate fight, but the second richest man in the world acknowledged that it will take much more to slow down global warming.

“And it’s gonna take nation states, it’s gonna take companies, and it’ll take NGOs and nonprofits as well,” Bezos said. “What philanthropic dollars can do is move very quickly. There’s things we can do.”

In February 2020, Bezos announced his $10 billion pledge to climate change but updated that commitment in March to say he would spend the $10 billion by 2030.

The U.S. submitted a revised strategy to the United Nations that lays out how the nation will meet its climate goals

Officials have submitted two documents to the UN that are part of updating its commitments to the Paris Agreement. This is the first time the U.S. has updated these submissions to the UN since 2016.

The country’s path to net zero by 2050 requires “transformative actions” this decade, according to the report. The transition will rely on five key areas: Decarbonizing electricity and installing more wind and solar energy; switching to cleaner fuels and electrifying wherever possible, like in transportation and buildings; cutting energy waste and moving to energy sources that can fill the same energy demand more efficiently; reducing methane and other types of emissions that cause even more warming than carbon dioxide; and scaling up carbon dioxide removal technology.

“Near-term actions to accelerate this transition are being implemented rapidly, rooted in actions from across the federal government and other governmental and non-governmental actors in the United States,” the long-term strategy states.

Nov 01, 12:54 pm
Biden apologizes for Trump administration pulling out of the Paris Agreement

President Joe Biden apologized to fellow world leaders at COP26 for the decision made by his predecessor to pull out of the Paris Agreement.

Following his planned remarks at the summit, he made unscripted remarks at a smaller session hosted by U.K. Prime Minister Boris Johnson, where he offered a candid apology for the lack of leadership from the U.S. in the climate fight.

“I guess I shouldn’t apologize, but I do apologize for the fact the United States, the last administration, pulled out of the Paris Accord and put us sort of behind on the eight ball,” Biden said.

Biden was forthcoming with world leaders that he will need to convince Congress to approve additional funding to help nations around the world fight climate change.

In June 2017, then-President Donald Trump announced plans to withdraw from the agreement claiming that could be economically detrimental and cost 2.5 million Americans their jobs by 2025.

The withdrawal became official on Nov. 4, one day after Election Day.

Re-entering the Paris Accord was among the first actions Biden took upon swearing in as president on Inauguration Day on Jan. 20.

Mike Bloomberg, a member of the UN Special Envoy, and Gina McCarthy, the White House’s national climate adviser, were some of the guests that joined the Biden administration on stage for the launch of the U.S. Center, a public diplomacy initiative, at COP26.

Bloomberg announced Bloomberg Philanthropies’ intention to close a quarter of all the world’s existing coal plants and cancel all proposed new coal plants by 2025. He also committed $10 million to the “America is All In” coalition to mobilize climate action.

“Of course, now that we have a strong partner in the White House, we can raise the bar higher, we can do more and we can do it faster,” Bloomberg said. “What we can’t do is sit back and wait for Congress to act.”

Nov 01, 11:51 am
Biden emphasizes urgency to fight climate change: ‘The science is clear’

“It’s simple,” the president said. “Will we act? Will we do what is necessary? Will we seize the enormous opportunity before us? Will we, or will we condemn future generations to suffer?”

The upcoming decade will determine whether collective transformative action around the globe will be enough to curb global warming, Biden said.

“We only have a brief window left before us to raise our ambitions,” Biden said, adding that the time frame is “rapidly narrowing.”

The effects of the pandemic made “painfully clear” that “no nation can wall itself from borderless threats,” Biden said, adding that no one can escape the worse consequences of climate change.

But it is in the self-interest of every country to create green energy and healthier ecosystems for the planet, he said.

Biden stated that the U.S. will be able to meet its ambitious target to reduce emissions by 50% to 52% by 2030 but called on the rest of the world to do the same.

“We can do this, so let’s get to work,” the president said.

Thunberg was seen meeting with Scotland’s First Minister Nicola Sturgeon and also took part in a student-led climate demonstration, leading the rally near the COP26 venue.

Nov 01, 9:38 am
David Attenborough calls for a new industrial revolution of sustainable innovation

British natural historian and broadcaster Sir David Frederick Attenborough told leaders at COP26 that we should be motivated by hope rather than fear.

Humanity can “turn this tragedy into a triumph,” Attenborough said.

“We are after all the greatest problem solvers to have ever existed on Earth,” he said. “We now understand this problem and know how to stop this number rising and put it in reverse.”

He pointed to world leaders in the room, saying, “That desperate hope is why the world is looking to you and why you are here.”

In lieu of Queen Elizabeth II, who canceled her COP26 appearance due to health risks, Prince Charles gave a speech during the conference’s opening session.

Addressing the global leaders in attendance, Charles said, “I know you all carry a heavy burden on your shoulders and you do not need me to tell you that the eyes and hopes of the world are upon you.”

Charles highlighted the importance of collaboration and pleaded with world leaders to come together to fight climate change.

“There is absolutely no doubt in my mind that the private sector is ready to play its part and to work with government to find a way forward,” he said.

Johnson said that while the average age of leaders in the room was over 60, the results of the COP26 conference will be judged by the young people outside and children who are not yet born.

“If we fail they will not forgive us. They will know that Glasgow was the historic turning point when history failed to turn,” Johnson said.

U.N. Secretary-General Anthony Guterres echoed the need for urgency in his remarks, highlighting the need to mitigate and reduce global emissions by 45% by 2030.

“Enough of treating nature like a toilet,” Guterres said. “Enough of burning and drilling and mining our way deeper. We are digging our own graves.”

Organizers of COP26, the most crucial climate conference, have gone the extra mile and placed carts for the its reusable coffee and tea cups around the venue.

The president of the world’s largest emitter of greenhouse gas emissions will not be present at COP26.

Chinese President Xi Jinping has not left the country since the start of the COVID-19 pandemic and will be absent from the conference. He will instead send the country’s influential climate envoy Xie Zhenhua, according to reports.

The money will fund 25 projects which aim to lower carbon emissions through alternative-fuel technologies, the electrification of long-haul trucks and the improvement of electric vehicle charging infrastructure.

“This investment and the innovations that come from it will help shape our clean energy future and strengthen domestic manufacturing that support good-paying careers for hardworking Americans,” Granholm said in a statement.

The funding is split between the Office of Energy Efficiency and Renewable Energy’s ongoing SuperTruck Initiative and the Low Greenhouse Gas funding selections.

According to the press release, carbon pollution from transportation accounts for nearly 29% of all U.S. emissions, more than any other single sector.

Nov 01, 7:31 am
Biden arrives in Scotland for conference

President Joe Biden has landed in Edinburgh, Scotland, ahead of the COP26 summit.

Air Force One landed just before 7 a.m. ET. Biden traveled to the United Kingdom after attending mass in Rome Monday morning at the Villa Taverna in observance of All Saints Day.

The president did not take any questions after he arrived but chatted briefly with the greeters before getting in his motorcade.

President Biden is entering the COP26 summit on “strong footing” due to his unprecedented efforts on climate change, including the Build Back Better framework that marks the largest investment in climate policy in history, said White House National Climate adviser Gina McCarthy told reporters on Monday.

“This is a message you’re going to see from the president over the next two days and from dozens of Cabinet officials will be in Glasgow over the next two weeks,” McCarthy said. “The United States is back at the table. We’re back hoping to rally the world to tackle the climate crisis. And we’re going to bring back jobs and economic prosperity to our workers in our families in the United States.”

On Monday, the U.S. will release its long-term strategy report that details how the country will achieve net zero emissions by 2050. The report illustrates the actions needed — including decarbonizing the power sector, electrifying transportation and buildings, transforming industry reducing non-CO2 emissions and reinvigorating natural lands — to reach carbon neutrality within the next three decades.

The release of the report is part of a deal the U.S. made with China, McCarthy said.

DHS to ramp up security assistance in Qatar for World Cup