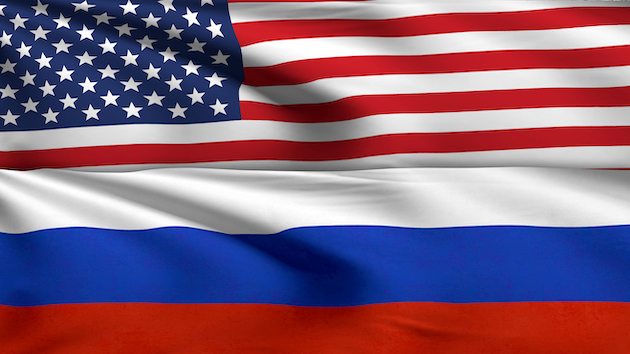 (WASHINGTON) — Secretary of State Antony Blinken said Thursday that he personally believes war crimes have been committed in Ukraine, a day after President Joe Biden labeled Russian President Vladimir Putin a “war criminal” for the first time since Putin launched his invasion.

“Yesterday, President Biden said that in his opinion, war crimes have been committed in Ukraine. Personally, I agree,” Blinken said. “Intentionally targeting civilians is a war crime. After all the destruction of the past few weeks, I find it difficult to conclude that the Russians are doing otherwise.”

Before the U.S. officially labels Putin’s actions as war crimes, Blinken said State Department experts from the Office of Global Criminal Justice are documenting and evaluating evidence for a formal determination and will share those findings with those responsible for accountability. But he acknowledged reports on intentional attacks from the bombing of a Drama Theater housing children to opening fire at people waiting in line for bread.

“These incidents join a long list of attacks on civilian non-military locations across Ukraine, including apartment buildings, public squares, and last week, a maternity hospital in Mariupol,” he said. “I doubt that any of us who saw those images will ever forget.”

“There’s going to have to be, one way or another, accountability for this war of aggression,” he said of Putin.

But he warned of more darkness to come — Russia making renewed claims of genocide, using chemical or biological weapons and blaming Ukraine, sending its “mercenaries” to join the fight, and systematically kidnapping Ukrainian officials and replacing them with puppets — which he called a “terror tactic.”

While Ukrainian officials have been engaged in talks with Russian counterparts, Blinken expressed pessimism about those talks — saying they’ve not seen “any meaningful effort” by Russia to end the war through diplomacy. If anything, he warned, Putin indicated in his remarks Wednesday that he is doubling down.

Just moments before Blinken stepped out to speak, a State Department official confirmed to ABC News that a U.S. citizen was killed Thursday in Ukraine after Chernihiv regional police reported an American was killed by Russian shelling there. Two American journalists, a filmmaker and a Fox News cameraperson, were also killed this week covering the war.

As thousands flee the violence, Biden announced Wednesday the U.S. would provide Ukraine with $800 million in additional security assistance, bringing the total in aid over the past week to $1 billion. But Ukrainian President Volodymyr Zelenskyy’s central request — for a no-fly zone over Ukraine — has not been granted. However, he did offer an alternative before Congress on Wednesday: S-300s, a Soviet-era missile system that are well-suited to to defend against Russian attacks.

Following his request, NATO ally Slovakia said it’s “willing to” provide the replacements — as long as NATO fills the gap that providing its only air defense system will create in Slovakia.

“What would happen immediately when we decided to give it to Ukrainians is that we actually create a gap a security gap in NATO,” said Slovak Defense Minister Jaroslav Nad’ Thursday, at a joint press conference with Secretary of Defense Lloyd Austin in Bratislava. “Should there be a situation that we have a proper replacement or that we have a capability guaranteed for a certain period of time, then we will be willing to discuss the future of S-300 system.”

But it’s unclear if a guarantee has been made yet to Slovakia in order to get the systems to Ukraine. The three NATO countries that have S-300s are Slovakia, Bulgaria and Greece.

As the U.S. reaffirms it would not support a no-fly zone, despite Zelenskyy’s pleas, Austin also explained the decision and called on Putin to cease attacks on civilians in Ukraine.

“Enforcing a no-fly zone actually means that you’re in combat. You’re in a fight with Russia,” said Austin. “So, from a U.S. perspective, we’re, again, our position remains that we’re not going to do one,” he added.

Asked directly if Russia’s attacks against civilians in Ukraine constitute a war crime, Austin did not go as far as Biden and Blinken and said that the State Department is currently reviewing the reports of civilian attacks.

“If you attack civilians on purpose, target civilians purposely, then that’s not — that is a crime,” Austin said. “So, these actions are under review by our State Department, and, of course, there will be and there’s a process that will go through to review all of this.”

Amid concerns China could assist Russia with military equipment, Biden is scheduled to speak Friday with Chinese President Xi Jinping. He will also travel to Brussels next week in a show of unity to meet with NATO leaders.

Earlier in the day, Biden welcomed Irish Taoiseach Michael Martin for a virtual bilateral meeting in the Oval Office and said the leaders were “meeting in a moment when demands on unity in the world are really accelerating,” as Russia’s war in Ukraine continues.

“We have to be united and we certainly are,” Biden said. “But Putin’s brutality and what he’s doing, and his troops are doing in Ukraine is just inhumane.”

The Taoiseach echoed Biden’s view of Putin’s “unjustifiable and immoral war,” saying “I share with you our horror at the barbaric attack on the civilians,” and said Biden’s leadership through this has been “firm,” “determined,” and “strong.”

Blinken meets with Abbas amid heightened Palestinian tensions with Israel