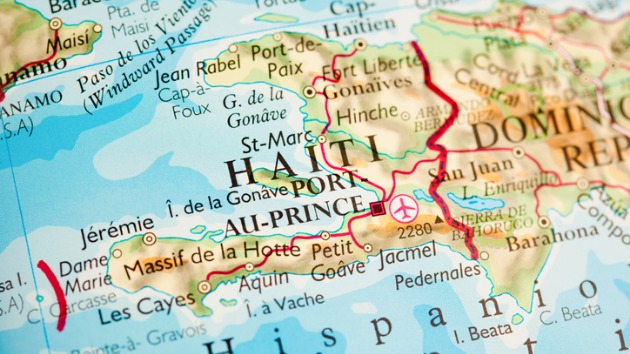 (NEW YORK) — At least 227 people were killed and more than 1,500 injured in the devastating 7.2-magnitude earthquake that rocked Haiti Saturday morning, the country’s civil protection agency confirmed to ABC News.

The earthquake, according to the United States Geological Survey, struck about 5 miles north of Petit Trou de Nippes, Haiti, a little over 90 miles from the capital, Port-au-Prince.

There are also concerns that the earthquake could exacerbate the island’s COVID-19 infection rate should displaced people be forced into closer confines.

The Haitian government “believes high casualties are probable given the earthquake’s magnitude,” Bocchit Edmond, the country’s ambassador to the U.S., said in a statement Saturday afternoon.

“Emergency responses are underway, and damages are being assessed,” Edmond added, saying destruction is “widespread.”

The embassy is helping to coordinate response efforts between the U.S. and Haitian governments.

The earthquake was virtually the same size and at the same shallow depth as the 2010 quake, and along the exact same fault line — the Enriquillo Plantain Garden — but farther west and in a less-populated region.

Prime Minister Ariel Henry is mobilizing government resources to help victims in affected areas and declared a one-month state of emergency for the whole country. In a press conference, he said he wouldn’t ask for international help until officials assess the extent of the damages.

Initial reports from those in Port-au-Prince said the city seemed to be “fine” and that the airport remained operational.

“It will be very bad, but maybe not quite as bad as 2010 just because Port-au-Prince is farther away from this one and therefore got less shaking this time,” said Dr. Lucy Jones, an earthquake expert.

She said that about 650,000 people have been exposed to level VII shaking, which the USGS defines as “very strong” and which is powerful enough to topple poorly built structures.

But many of the buildings that potentially would have been at risk from this quake were destroyed by the earthquake 11 years ago or by Hurricane Matthew in 2016, meaning fewer reports of extensive damage now aren’t entirely surprising, Jones added.

The U.S. Agency for International Development said the organization’s disaster experts already on the ground in Haiti are assessing damage and humanitarian needs.

President Joe Biden and Vice President Kamala Harris were briefed by the National Security Advisor Jake Sullivan and the Secretary of State Antony Blinken on the earthquake Saturday morning. The president authorized an immediate U.S. response, and named USAID Administrator Samantha Power as the senior U.S. official to coordinate this effort.

“In what is already a challenging time for the people of Haiti, I am saddened by the devastating earthquake that occurred in Saint-Louis du Sud, Haiti this morning,” Biden said in a statement. “We send our deepest condolences to all those who lost a loved one or saw their homes and businesses destroyed.”

“Through USAID, we are supporting efforts to assess the damage and assist efforts to recover those who were injured and those who must now rebuild,” he continued. “The United States remains a close and enduring friend to the people of Haiti, and we will be there in the aftermath of this tragedy.”