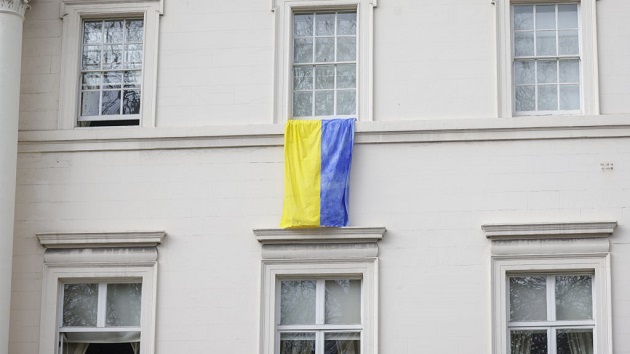 Melitopol Mayor Ivan Fedorov was freed from captivity in a “special operation,” according to Kirilo Timoshenko, an advisor to Ukraine’s presidential office. Timoshenko did not provide any further details.

Melitopol has been occupied since the first days of Russia’s invasion. Ukrainian officials said Fedorov, who had insisted that the southeastern Ukrainian city remain free and backed daily pro-Ukrainian protests, was kidnapped on March 11 after resisting takeover.

Fedorov disappeared after he was purportedly shown being led away with a bag over his head by a large group of heavily armed Russian soldiers in Melitopol’s Victory Square in a CCTV video shared by Timoshenko on Telegram. Russian-controlled separatists then announced they were bringing charges against Fedorov for “aiding terrorism.”

Ukrainian President Volodymyr Zelenskyy released a video of himself on Telegram Wednesday reportedly talking on the phone with Fedorov. The mayor thanked Zelenskyy and said he needed a couple of days to recover from his ordeal and then would be ready to fulfill any orders.

A smiling Zelenskyy said he was very glad to speak with Fedorov and that “we don’t leave ours behind.”

The president had demanded the release of Fedorov in several video messages, calling it a “crime against democracy.”

“The actions of the Russian invaders will be equated with the actions of ISIS terrorists,” he said last week.

Following the alleged kidnapping, a pro-Russian administration appeared to have been installed in Melitopol. A local lawmaker from a pro-Russian party made a television address Saturday, during which she said a “committee of the chosen” is now taking over the running of the city. The lawmaker, Galina Danilchenko, called protesters “extremists” and urged people not to allow activists to “destabilize” the situation.

Russian riot police were also deployed in Melitopol to block protests there.

Russian forces allegedly kidnapped another mayor in an occupied city in the region. Dniprorudne Mayor Yevgeny Matveyev was kidnapped on Sunday, according to Oleksandr Starukh, head of the regional military administration.