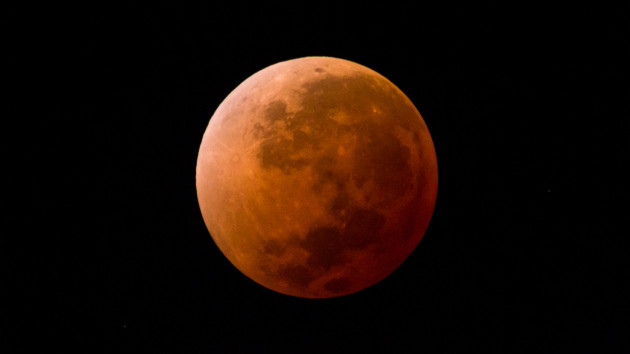 (NEW YORK) — The second total lunar eclipse of the year took place Tuesday — and it was the last time you can catch one until 2025.

The lunar eclipse — when the sun, Earth and moon align, and the moon passes into Earth’s shadow — took place Tuesday around 3 a.m. ET, according to NASA. Totality occurred at 5:17 a.m. ET.

People living in Hawaii and Alaska were able to view the total eclipse because the moon will appear to move above the Pacific Ocean.

Totality was also visible in the early morning before the moon set in North America and Central America, and in the early evening after the moon rose in Asia and Australia, according to NASA.

The Kopernik Observatory & Science Center in New York livestreamed the eclipse on its YouTube page.

Tuesday’s eclipse was the second one in 2022.

In May, there was a total blood moon eclipse. That eclipse was a penumbral eclipse, when the moon is completely immersed in the penumbral cone of the Earth without touching the umbra, the inner part of Earth’s shadow.

The next total lunar eclipse will not occur until March 14, 2025.